The judges, the jury, the live audience and special guests (Abdul Hamid and Aruna Sairam) were left spellbound by the talent displayed on stage. 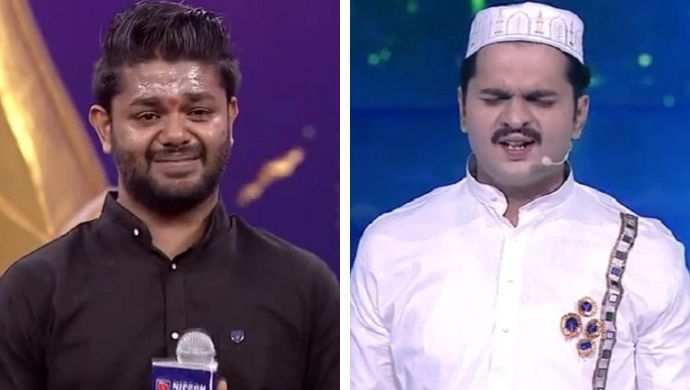 Last weekend’s episodes of Sa Re Ga Ma Pa Seniors Season 2 took viewers to a different world altogether. The Bhakti Songs Round brought out the best performances from the contestants, who proved that there’s nothing for serene than music. The judges, the jury, the live audience and special guests (Abdul Hamid and Aruna Sairam) were left spellbound by the talent that was displayed on stage.

Aishwarya, who has always garnered appreciation for her performances, was the first contestant of Saturday’s episode. She began the musical evening by paying an ode to Lord Shiva. She opened the box of gold by bagging the honour followed by Devanandha and Reshma. After the three girls, it was Aslam’s turn to express his devotion. Aslam sang the iconic song ‘Om Shivoham’ composed by the legendary Ilayaraja and sung by Vijay Prakash. His performance leftpeople on the sets of the show teary-eyed and the judges speechless. Aslam was overwhelmed, and so was the jury. As expected, Aslam bagged gold for his performance.

Krishangi, the girl from Assam, made the audience stand up on its feet and sway in the essence of Bhakti by dedicating a song to Lord Murugan. She bagged gold for her electrifying performance. Mrithul followed next.

Janagan opened Sunday’s episode by dedicating a song to Lord Murugan and struck gold by leaving the judges spellbound followed by Nepoliya and Arul Prakasam. Lakshmi, who specialises in singing folk songs, bagged gold yet again. Karthik, who sang the song Khwaja by AR Rahman, left everyone teary-eyed by his innocence. Prakasam also garnered appreciation for his performance, but it was Sukanya who stole the show. As expected, she bagged the gold.

Watch Spooky Film Lisaa To Get A Different Perspective Of Life

Madras Meter Show Episode 2: Vivek And Sathish Will Leave You In Splits With Their Act