The makers of Sa Re Ga Ma Pa Seniors Season 2 have shared a new promo to show glimpses of Aslam's performance in the Bhakti Song round. 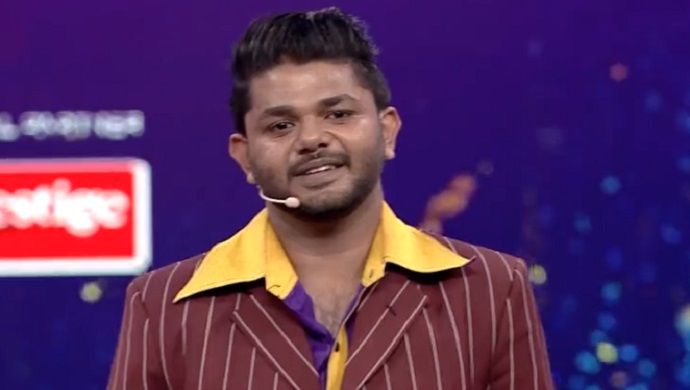 Week after week, we see contestants of Sa Re Ga Ma Pa Seniors Season 2, giving a litmus test to showcase their genuine passion for music. We have seen them delivering unforgettable performances that leave every one on and off the stage spellbound. Last week, it was all about a participant’s ability to portray a character on stage while singing a song. And not surprisingly, it only rained gold during the Performance Round.

This week, its time for the contestants to prove that their singing could make you feel one with the Almighty, the power that governs us all. In the Bhakti Songs round, we will see contestants singing devotional songs, and it will be amazing to see whether they succeed in giving you goosebumps.

The makers have shared a new promo to show glimpses of Aslam’s performance in the Bhakti Song round. Aslam leaves the judges speechless. Padmashree awardee and veteran singer Aruna Sairam, who is an exponent in singing devotional songs, heaps praise on Aslam for delivering a mesmerising performance.

Check out the promo here:

Apart from Aslam, this season has contestants namely Sukanya, Aishwarya, Reshma, Devanandha, Arul Prakasam, Mrithul, Janagan, Lakshmi, Krishangi, Nepoliya and Chandan Gupta. For the unversed, Sa Re Ga Ma Pa Seniors Season 2 hosted by bubbly TV personality Archana Chandhoke has veteran singers Srinivas, Sujatha and Vijay Prakash on board as judges. The show also has an esteemed panel of jury. Let us know who your favourite contestant is by leaving your comment in the box below and for more entertainment, check out the trending music videos on ZEE5.

Anjali's Lisaa Trailer Will Send Shivers Down Your Spine, Watch It Now