Krishangi, who hails from Assam has wowed not only the judges and the jury but the viewers as well. 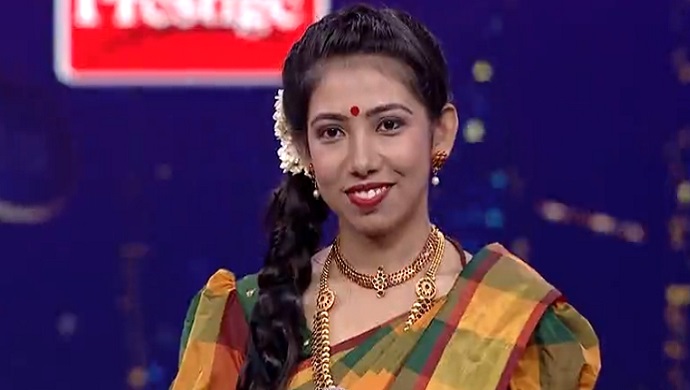 Sa Re Ga Ma Pa Seniors Season 2 hosted by Archana Chandhoke and judged by veteran singers Sujatha, Srinivas and Vijay Prakash is one of the most popular reality shows on Indian television. The Tamil singing talent show has contestants not only from Tamil Nadu but from across the country and the globe. One of the most popular non-Tamil contestants of this season is a pretty girl from Assam.

Krishangi, who hails from Assam has wowed not only the judges and the jury but the viewers as well. The young girl has cast a spell with the performances by singing Tamil song, without dropping a hint about the fact that she doesn’t understand the language. In the Saturday episode last week, Krishangi transformed into a Tamil Nadu countryside girl and sang a folk song like a pro. If you missed watching her performance, check out the video shared below to see why people say music transcends the barriers of language and geographical borders. Interestingly, folk specialists Chinnaponnu and Velmurugan, who were on the show as special guests, heaped praise on her performance. They were mighty impressed by her style of singing and so were the judges. The performance helped Krishangi bag the Golden Performance crown, and she totally deserved it.

Besides Krishangi, Chandan Gupta, who hails from the Northern part of the country, is also a contestant on the show. So far in this season, Sukanya has emerged as a strong contender for the winner’s title. Let us know who is your favourite singer of this season. And for more entertainment, check out Monsoon special music vidoes only on ZEE5.