Sa Re Ga Ma Pa Seniors Season 2: Contestants Rocked The Stage During ‘Chilled Out’ Round

The participants thoroughly enjoyed the 'chilled out' round as it was solely intended to help them showcase their command over such a genre. 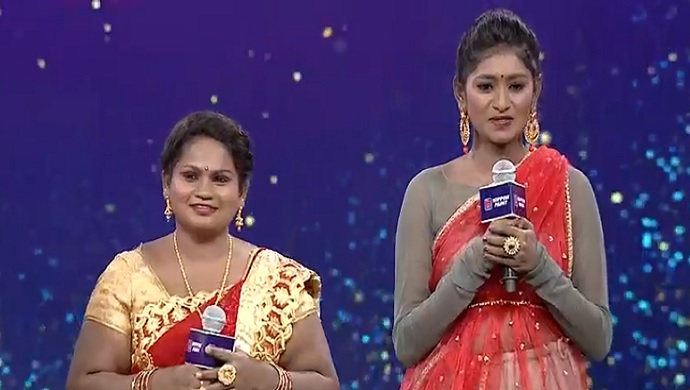 As expected last weekend’s Sa Re Ga Ma Pa Seniors Season 2 was musically enchanting. Contestants captivated the judges, the jury and the live audience alike by performing some of the most chilled out songs because it was all about celebrations. The participants thoroughly enjoyed the round as it was solely intended to help them showcase their command over such a genre.

Zee TV stars like Bharatha Naidu, Vimal Venkat, VJ Kamal made their presence felt while Malgudi Shubha was the special judge for the evening. Not just that, the cast and crew of the film Kanni Raasi also joined in to celebrate music with the team of Sa Re Ga Ma Pa Seniors Season 2.

Saturday’s episode began with Janagan and Reshma’s duet performance. The next to follow was the trio of Arul Prakasam, Devanandha and Aishwarya. They sang the chartbuster song Oo Lala song composed by AR Rahman. After an electrifying performance by the trio, it was time for Saravedi Saran and Prakasam to showcase their command over the tunes of the countryside. Next, it was Sukanya and Mridul’s turn to sing a classic duet song. The girl from Assam, Krishangi, followed next to deliver a solo performance and conclude the episode.

Sunday’s episode began with Aslam’s solo performance followed by folk specialist Lakshmi and Nepoliya’s street-smart duet singing. The next to follow was Karthik, who left the audience speechless once again. The celebrations continued and concluded with Saravedi Saran’s solo performance. For the unversed, Sa Re Ga Ma Pa Seniors Season 2 is one of the most popular reality TV shows. It is hosted by bubbly TV personality Archana Chandhoke and judged by Srinivas, Vijay Prakash and Sujatha.