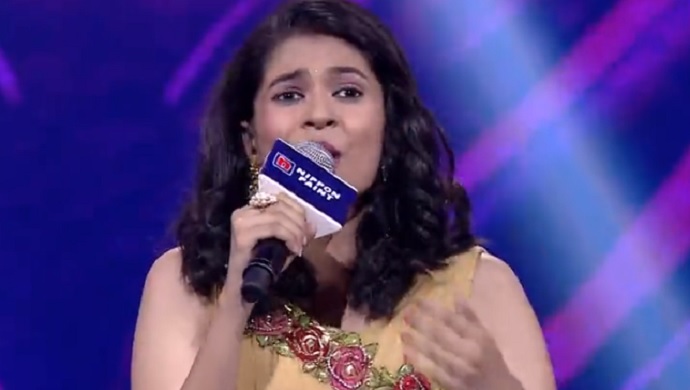 As expected, this weekend’s Sa Re Ga Ma Pa Seniors Season 2 episodes were musically enchanting and entertaining. Archana Chandoke, the vivacious host of the show, began Saturday’s episode by saying that the viewers will be treated with some of the most popular hits of all times. She had a fishbowl in her hand with names of the 19 contestants written on pieces of paper. She picked a chit with Krishangi’s name and thus the episode began on a delightful note.

On Sunday, Thamira began the episode with a beautiful performance and grabbed the Golden Performance tag and so did Janak who won appreciation by Imman for having a voice ideal for the hero on screen. Chandan Gupta, who is a non-Tamilian, succeeded in winning the hearts of the judges by beautifully singing a song. He also grabbed the Golden Performance tag followed by Saravedi Saran who repeated his spellbinding performance to bag the Gold! It continued to rain gold after Nepolea’s performance. And it was pouring Gold after Vaishnavi’s.

Let us know whose performance did you like the most. For more entertainment, check out Sembaruthi on ZEE5.