This season of Sa Re Ga Ma Pa Seniors Season 2 has exceptionally talented participants from across the country. 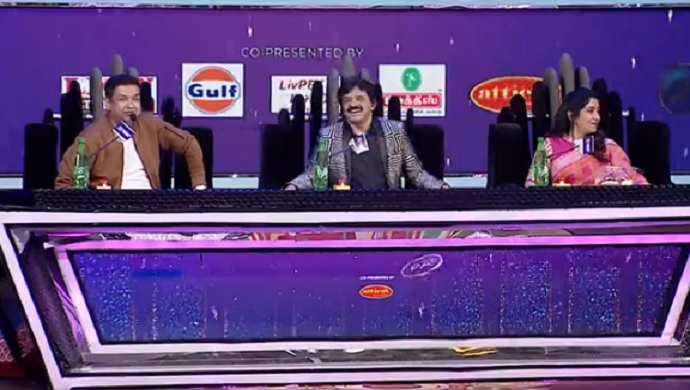 The makers of Sa Re Ga Ma Pa Seniors Season 2 have unveiled a new promo of the upcoming episode that shares glimpses of the breathtaking performances by the immensely talented contestants. Janagan, who is known for singing classical songs ends up surprising the judges by pulling off a spellbinding performance. It is evident from the promo that the judges will go gaga over the participants in the Performance Round where they are expected to not sing but perform on the song.

This season of Sa Re Ga Ma Pa Seniors Season 2 has exceptionally talented participants from across the country. Krishangi from Assam has cast her spell not only on the judges and the jury but the viewers as well. Contestants like Saravedi Saran have impressed the judges by showcasing their lyrics writing skills and their spontaneity. Besides these participants, Aishwarya, Reshma, Mridhul, Arul Prakasam, Nepoliya, Lakshmi, Aslam and Sukanya have impressed the judges. As of now, Sukanya has emerged as the strongest contender to win the show but it will be interesting to see who gives her a tough fight in the contest.

For the unversed, Sa Re Ga Ma Pa Seniors Season 2 is hosted by the bubbly TV personality Archana Chadhoke. The musical talent hunt show has an esteemed panel of jury and three judges. Veteran singers Srinivas, Vijay Prakash and Sujatha judge the contestants on the basis of their performance and encourage them by sharing their words of wisdom.

Who is your favourite contestant of this season of Sa Re Ga Ma Pa Seniors? Let us know in the comments box below. And to listen to the Throwback Thursday playlist, check out the videos on ZEE5.