The grand opening had a grand impact on the minds of the masses. Let's hope that the contestants continue to entertain us. 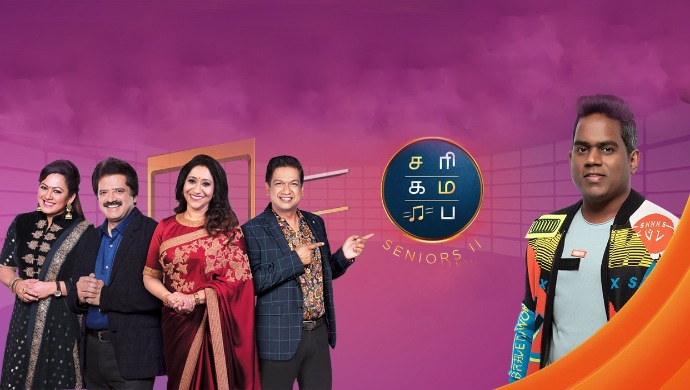 Sa Re Ga Ma Pa Seniors Season 2, that is now streaming on the ZEE5 platform is without a doubt amongst one of the most anticipated and cherished talent shows of the country. The first season of this show was a huge success and was able to create a special place for itself in the minds of the people. The second season of Sa Re Ga Ma Pa Seniors began on May 18 and did a wonderful job of making that grand entry into the minds of the people.

The first episode of the season 2 began with a warm and energetic welcome to the different sections of the hundred-member jury panel extended by the bubbly host Archana Chandhoke. She later, welcomed in the judges who were going to select the potential members, Sujatha and Srinivas. Once they all got settled in she explained the process of the blind-folded selection process through which the judges and the jury members were going to select the potential contestants, in an impartial manner.

Later, the process of selecting the potential contestants started and it was just a musical event that mesmerised the senses of the viewers. There we some who scored a good percentage, like the contestant named Napolea who was awarded 100 out of 100. There were a few contestants who did share their emotional journey and their struggle to reach this stage.

In short, the grand opening had a grand impact on the minds of the masses. Let’s hope that the contestants continue to entertain us in a similar fashion and we get to hear such soulful music.

In the meantime, do share your thoughts with us in the section given below.

Have you checked out the movie, The Sholay Girl, streaming on ZEE5? Don’t miss it!

Kolamavu Kokila: A Young Girl's Attempt To Save Her Cancer Ridden Mother From The Clutches Of Fate

These Pictures Of Divya From Sathya Show Her Unseen Glamourous Side

Sembaruthi 20 May 2019 Preview: Parvathy Rushed To The Hospital?