This weekend, we will see legendary singer and Padmashree awardee Aruna Sairam making an appearance on the show. 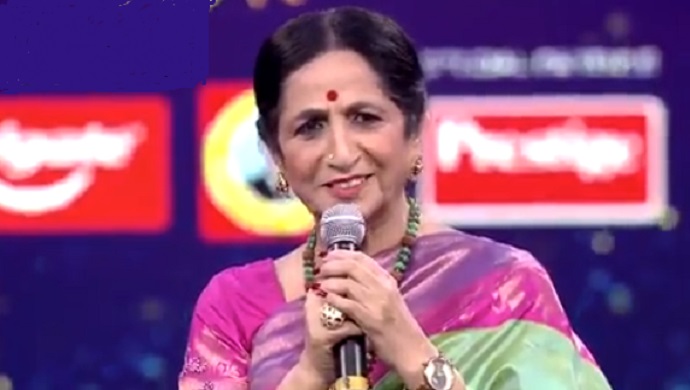 The makers of your favourite show – Sa Re Ga Ma Pa Seniors Season 2 – have unveiled a brand new promo to show glimpses of the upcoming weekend’s episodes. The singing reality show, which has veteran singers Sujatha, Vijay Prakash and Srinivas on board as judges, has an esteemed panel of jury too. Week after week, these experts nurture buddings talents on the show by sharing their pearls of wisdom with them. This weekend, we will see legendary singer Aruna Sairam making an appearance on the show.

The Padmashree awardee will make her esteemed presence felt and encourage contestants by hailing their performances. The promo shared below is a montage of the best moments captured during the performances and the subsequent reaction of the judges.

Check out the promo here:

This season, we have non-Tamil speaking contestants like Krishangi and Chandan Gupta, who have proved that music knows no boundaries of language. They have impressed the judges and the jury alike by singing Tamil songs like a pro. And then are are participants like Sukanya, Arul Prakasam, Janagan, Aishwarya, Reshma and Devanandha, who have left the judges speechless by their captivating performances. And last but not least, Saravedi Saran has emerged as the most entertaining contestant of the season. He has cast a spell on everyone with his spontaneity and writing skills.

Last week, we saw contestants playing different characters during the Performance Round. And this weekend, we will see contestants showcasing their devotional side by singing songs praising the Almighty, who governs us all.

For the unversed, Sa Re Ga Ma Pa Seniors Seasons 2 is hosted by bubbly TV personality Archana Chandhoke. Let us know who is your favourite contestant of this season by leaving your comment below. And for more entertainment, watch Sathya, the story of a tomboyish girl, on ZEE5.

Laxmi's Pearls Of Wisdom Will Inspire You To Be Happy, Discover Your Hidden Strengths