Sathya introduces Prabhu and his family to somebody whom Prabhu may be shocked to know. Find out who it is. 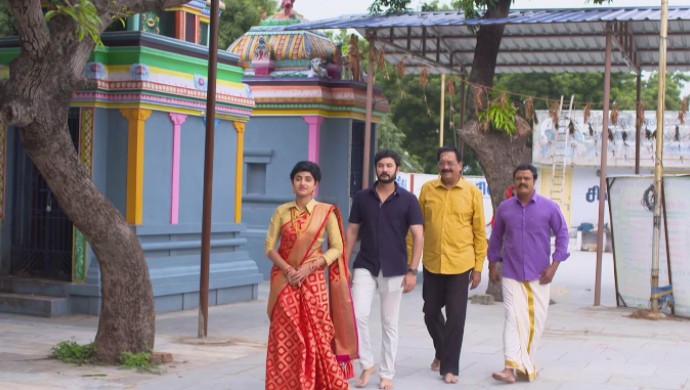 In tonight’s episode, Sathya suddenly reappears at the temple after having some disappeared for some time. Upon enquiry, she tells everybody that she was talking to an old man she knew who had once foretold her how she would get married and his predictions turned out to be true. Sathya also adds that all his predictions for her had generally come true. Prabhu’s father then expresses his desire to meet the old man. Will Prabhu get a shock when he meets the old man? Watch Sathya tonight on ZEE5 to find out.

For more such entertainment and drama, watch Kandukondain Kandukondain, now streaming on ZEE5.