Sathya is set another task and this one looks like it could have disastrous consequences for her marriage. 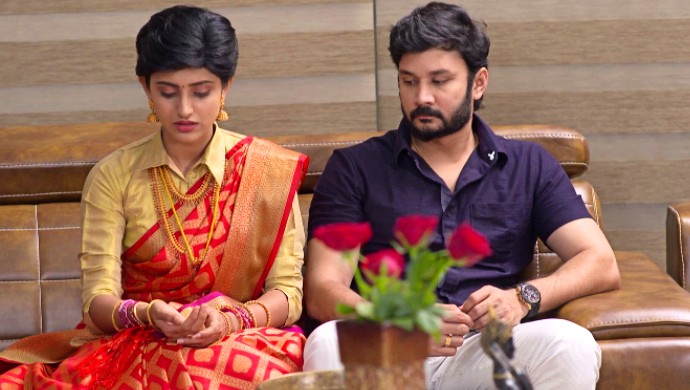 In the previous episode, we saw that Sathya is asked to make sakkarai pongal in the temple alongside Anita and she is told that if her pongal boiled over then it would portend good fortunes for the family. However, Anita tells her husband that she has hatched a plan to sabotage it such that Sathya’s pongal would not get boiled over.

In tonight’s episode, it looks like Sathya’s marriage is being tested again. She and Prabhu are asked to place an individual rose petal each in a bowl of churning milk. If the petals came together, then the marriage would be a long lasting one. If they didn’t, then matters would get more tricky for Sathya who is already facing so much anger and hostility from Prabhu’s family. The petals are placed in the milk and as they spin around the bowl, Sathya watches in dismay as the petals only seem to move further apart. Will this create more trouble for Sathya or will she somehow wriggle out of this situation? To know more, watch Sathya today evening on ZEE5.