Sathya 10 October 2019 Preview: Does Sathya Find Out The Truth About Prabhu? 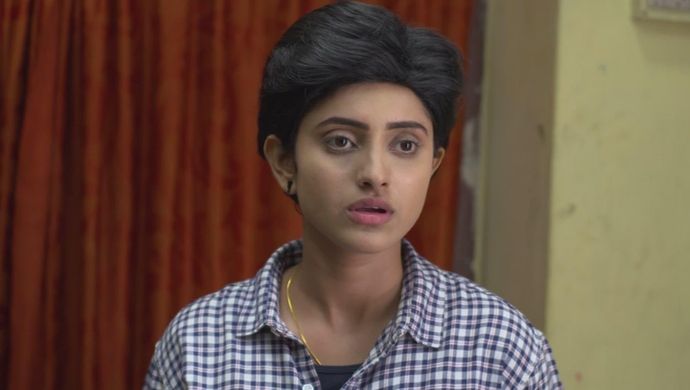 In the last episode, we saw that Sathya bumps into the guy she had always assumed to be Divya’s fiance and finds out that he is is not what he claims to be. On the other hand, Divya successfully tells Prabhu what Kathir and gang are up to. Prabhu loses his cool at everyone upon discovering that they were actually plotting to get him married to Sathya, who fails to reach the Registrar’s office. A disheartened Sathya is at the police station shocked at what she found out about her sister’s fiance. She is also mistaken to be a car thief by the police officer.

In the upcoming episode, Sathya manages to get out of the police station and questions her sister about her fiance. She asks Divya if she did a thorough research on the man she is about to marry, which confuses Divya. She wonders if Prabhu has told Sathya the entire truth, but is careful to not let anything out herself. Sathya goes on to saying that the man Divya is about to marry is fraud and that they should have done a proper research on him before fixing the marriage. Divya figures that Sathya might be speaking about Bala and not Prabhu. Will Sathya find out the truth about Divya and Prabhu? To know more, log into ZEE5 to catch the whole episode of Sathya when it airs today evening.

If you have missed the previous episodes of the show, here’s what you need to know. Sathya, Kathir and her friends decide to get her married to Prabhu secretly. They plan to keep it a surprise from him, too. Although Prabhu likes Sathya, he is already engaged to Divya (her sister) but Sathya is unaware of the fact that he is her sister’s fiance. She falls in love with him anyway.  For more such entertainment, watch Iniya Iru Malargal, the story of two sisters Pragya and Bulbul streaming on ZEE5.

Adithya-Parvathy, Sathya-Prabhu...5 Onscreen Couples Who Will Sweep You Off Your Feet