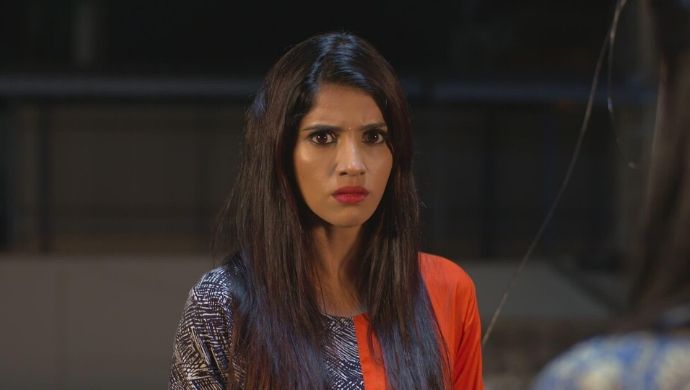 In the previous episode, Prabhu and Kullabhoodam go on a hunger strike to win Sathya’s friendship back. She refuses to be friends with him again and lets him continue the hunger strike. She is obviously hurt by everything that she discovered. Her friends also try to persuade her into forgiving him and being friends with him again. Prabhu is hell bent on winning her friendship though. However, even though she doesn’t make any attempts to end his hunger strike, she also doesn’t eat anything.

In the upcoming episode, Divya tells her friend about how happy she is that Sathya and Prabhu are not friends anymore. Just then, she gets a call from Bala and she ignores it. Her friend asks her why she hasn’t yet told him that she is not interested in him and called their engagement off. Divya tells her that she doesn’t want Bala to cause any problems in her wedding. Just then, Bala pays a surprise visit and shocks her. Will Bala be a threat to Divya’s wedding with Prabhu? Will Prabhu end up marrying Sathya like all the signs have predicted? To know more, watch Sathya that airs on Zee5 in the evening.

For the ones who missed the last couple of episodes, Sathya and Prabhu are best friends but the former falls in love with him. Sathya is unaware of the fact that Prabhu is engaged to her sister, Divya, who is only marrying him for his money and does not like Sathya one bit.

#MondayMotivation: Trisha's Photos From Her Vacation Will Drive Away Your Blues

Sembaruthi 11 November 2019 Preview: Guruji To Prove That Parvathy Is The Chosen One