Sathya 11 October 2019 Preview: Will Prabhu Confess Everything To Divya And Sathya? 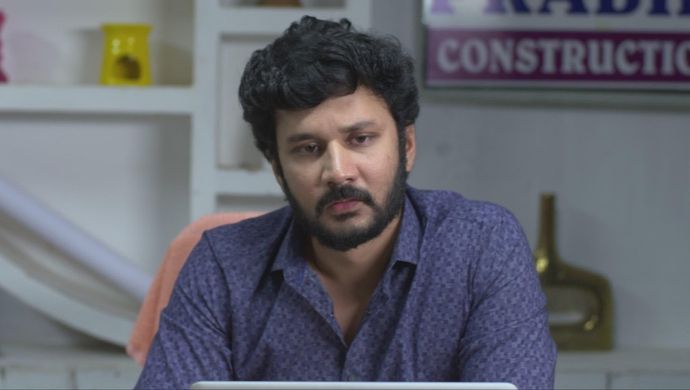 In the last episode, Prabhu finds out that his friends have teamed up with Sathya to get the two married secretly and loses his cool. Sathya gets stuck at the police station with Bala and finds out that he is actually a fraudster. An upset Sathya misses her own wedding, worried about her sister. Sathya’s friends reach the police station to rescue her and take her back to the Registrar’s office but she refuses to do so. She decides to have a word with her sister instead. She goes home and tells Divya everything. A confused Divya thinks that Prabhu lied to her about his wealth and decides to teach him a lesson. She asks Sathya to let her handle the situation herself.

Watch the previous episode of Sathya here, in case you missed it.

In the upcoming episode, Prabhu calls Divya and Sathya both to a certain location. He tells them that he has something important to tell them. While Divya is worried about what truth he might want to tell her, Sathya agrees to his request immediately. Will Prabhu confess his love for Sathya and spill the beans on all the confusion? Will Sathya still be willing to marry Prabhu on finding out the truth? To know more, log into ZEE5 to catch the whole episode of Sathya when it airs today evening.

For the ones who have missed the last couple of episodes, Sathya and Kathir plan to get married to Prabhu without his knowledge. Though Prabhu is in love with Sathya, he is also engaged to her sister, Divya, who ditches her boyfriend for Prabhu when she finds out that he is rich. All hell breaks loose for Prabhu when Sathya confesses her feelings to him. For more such entertainment, watch Rettai Roja, a tale of sibling rivalry, streaming on ZEE5.