Sathya 13 December Preview: Prabhu Tells Sathya That Being Married To Her Feels Like Hell

Prabhu tells Sathya that he had such dreams about his life after marriage and nothing has happened according to them. 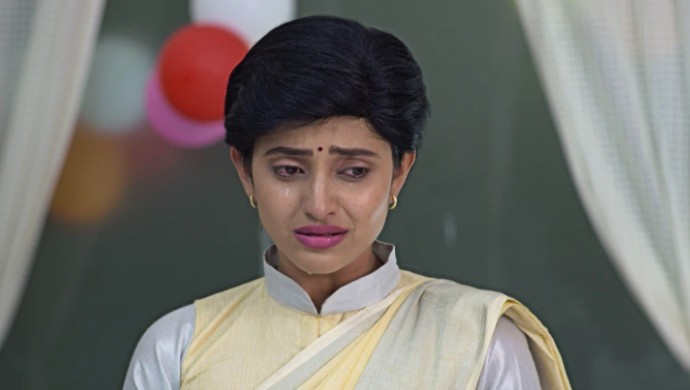 In the previous episode, we saw Sathya being reduced to tears after Prabhu goes overboard while shouting at her after a visit by his professor proves embarassing for him. Later that evening, Prabhu notices that Sathya is not at the dinner table. He goes up to find her crying. He manages to mollify her. Later that night, while Prabhu is working outside his bedroom in the common area, Anita’s husband visits him at her instigation to find out if Prabhu is happy. However, her husband makes the mistake of speaking ill about Sathya and Prabhu ticks him off. Utterly confused, Anita and her husband run into Sasi, a.k.a Kullabhoodham, and pump him for info. Sasi refers to his impatience on first night and the kumkum on his face the next day as evidence that Prabhu does seem happy. However, thenext day, when Prabhu is leaving for an important meeting, his parents stop him. His dad asks why he is going to work so soon after his wedding and his mom bursts out at point saying that its because he is unhappy. Prabhu reassures his dad and tells them that he is just going for a short meeting and will be home soon.

In tonight’s episode, Prabhu slaps Kullabhoodham in front of Sathya at his office, during, what seems to be, a party. When Sathya questions him about his action, Prabhu retorts that he is only slapping his friend because he is unable to slap her. Then he goes on to say that ever since he married her, his life has become a living hell. Sathya is hurt by his words and walks out of the room crying.