Sathya 13 November 2019 Preview: Prabhu Is Shocked To See Sathya Outside His Bedroom

Here's what's going to happen in tonight's episode of Sathya. 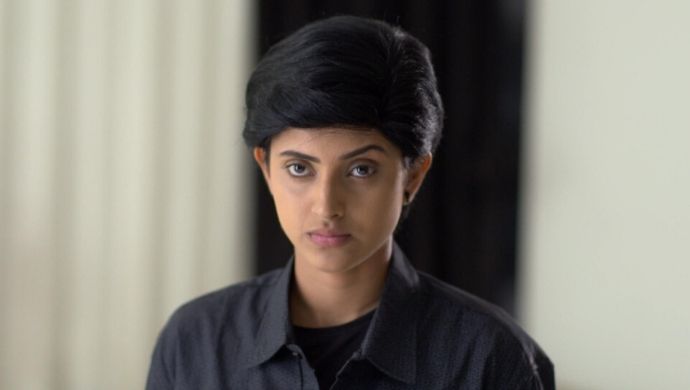 In the previous episode, Sathya loses her cool at Prabhu and asks him to never show his face again if he really wants her to move on or be happy. Prabhu feels guilty as she storms off on her bike. However, he also knows that she hasn’t eaten anything the entire day because of him, so comes up with a plan to get her to eat. He calls Kathir and devices a plan to get Sathya to eat and they are successful at it. The episode ends with Prabhu and Sathya eating at a roadside food stall.

In the upcoming episode, Prabhu wakes up to incessant knocking on the door. A half-asleep Prabhu wakes up irritated and opens the door only to get the shock of his life. He finds Sathya waiting outside his bedroom door and cannot believe his eyes. Sathya is standing outside his bedroom door with a straight face.  Will this be Prabhu’s dream? Or has Sathya really come too meet him? Will she forgive him and be friends with him again, since she did smile when he got her to eat the other day? To know more, watch Sathya when it airs on ZEE5 in the evening.

For the unversed, Sathya and Prabhu are best friends but she ends up falling in love with him. He fails to tell her that he doesn’t love her after she meets with an accident and a head injury. He is also engaged to her sister, Divya. For more such entertainment, watch Yaaradi Nee Mohini streaming on ZEE5.