Sathya 14 November 2019 Preview: Sathya To Be A Part Of Prabhu’s Wedding With Divya? 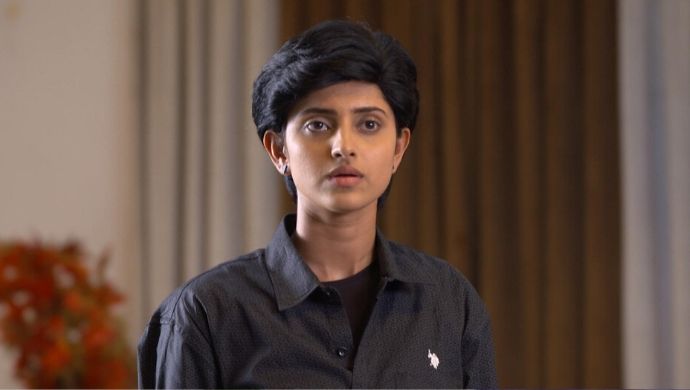 In the previous episode, Prabhu somehow convinces Sathya to eat but is still upset about everything that happened. He comes home, gets into an argument with his mother for coming home late and goes up to his room. Later on, his father comes into his room and asks him what’s troubling him so much. He is shocked when Prabhu asks if they can postpone the wedding for the time being. He pours his heart out to his Dad before going to sleep. The next morning, he finds Sathya outside his bedroom, waiting for him. She forces him to get ready and look like a groom. Prabhu is shocked to see her being so friendly.

In the upcoming episode, Prabhu’s brother-in-law gathers the entire family around and introduces them to the different people who will be helping him organise the wedding like caterers and hall vendors. He asks Prabhu’s father to give them the advance to book them for the wedding. Sathya is sitting by the dining table listening to everything and suddenly asks them to stop. Everyone is shocked to see her interfere. Will she stop the wedding? Or is there a new twist in the show? To know more, watch Sathya that airs on Zee5 in the evening.

For the unversed, Prabhu is engaged to Divya. He is also best friends with Sathya, who is Divya’s sister. However, he is not aware of their relationship and neither is she about his engagement. She falls in love with him and things become complicated when he lies to her that he loves her.

Dance Jodi Dance 3: Put On Your Dancing Shoes And Check Out This Promo Of The Show

Children's Day Special: Check Out These Cute Childhood Pictures Of Your Favourite Actors