Here's what's in store for you in the upcoming episode of Sathya. 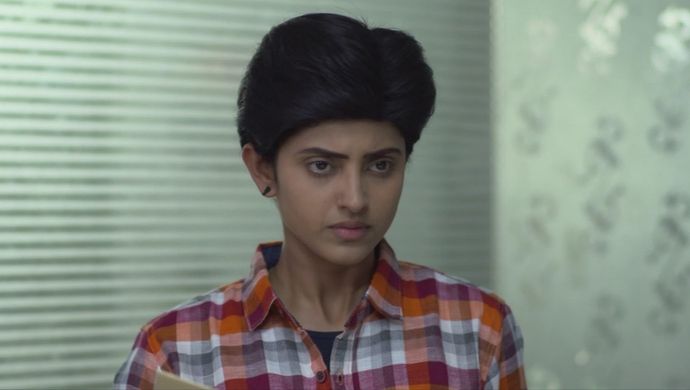 In the last episode, we saw that Prabhu decides to tell Divya and Sathya the truth about everything. However, Divya stops him from doing that so her cover is not blown. She also puts up an act in front of Sathya at the temple, so she is floored by how much her sister cares for her. Prabhu decides to tell Sathya the truth later on after Divya coaxes him to do so. Later on, Sathya meets Prabhu outside the temple assuming that he wants to get married to her in the temple in the presence of their parents. Prabhu also plays along and agrees to her. She gives him her father’s ring and tells him that no one can separate him from her now.

Prabhu receives a sample of his wedding invitation card with Divya in his office. Just then, Sathya also walks in at the same time and sees the wedding invitation. She asks him whom he is getting married to and leaves him shocked. A worried and hesitant Prabhu is wondering what to tell her. Will he finally tell her the truth about his wedding to Divya and why he lied to Sathya about being in love with her? Or will he make up another lie? To know more, log into ZEE5 to catch the whole episode of Sembaruthi when it airs today evening.

For the unversed, Sathya falls in love with Prabhu and he also tells her that he loves her. She is unaware of the fact that he is engaged to her own sister, Divya, who knows about Sathya being in love with Prabhu but chooses to not let her sister know about anything. For more such entertainment, watch Yaaradi Nee Mohini streaming on ZEE5.

#MondayMotivation: Vishnu Vijay Will Make You Hit The Gym Right Away With This Picture