Sathya 16 October 2019 Preview: Prabhu Tells His Friends He Does Not Love Sathya

Here's what you can expect from the upcoming episode of Sathya. 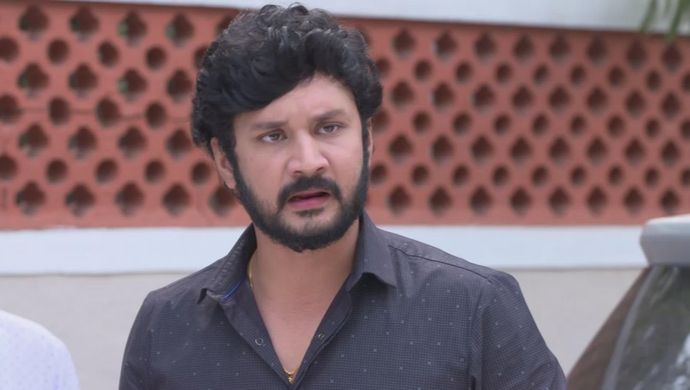 In the last episode, we saw that Sathya almost sees Prabhu and Divya’s wedding invitation card but he diffuses the situation somehow. Prabhu takes Divya out for shopping later on and buys her an expensive saree. They also go on a long drive with their friends in the back seat, of course. Divya gets a call from her mother, who also wishes to speak to Prabhu. He asks her to connect the bluetooth to his car so he can talk to her. Just then, Bala sees her in the car and calls her. Bala’s number flashes on Prabhu’s device and he tells her that she is getting a call. She gets worried upon seeing Bala’s number flash on the screen.

In the upcoming episode, Prabhu tells his friends that he had always considered Sathya to be a friend only, which she mistook for love. He also adds that he has been trying to clarify things with her but then everyone planned the whole surprise wedding thing. Will Sathya overhear him? Or will he disregard Divya’s request and tell Sathya the truth sooner than intended? To know more, watch Sathya when it airs on ZEE5 tonight.

Police Diary 2.0 Trailer: This Gripping Cop Drama Will Keep You At The Edge Of Your Seat