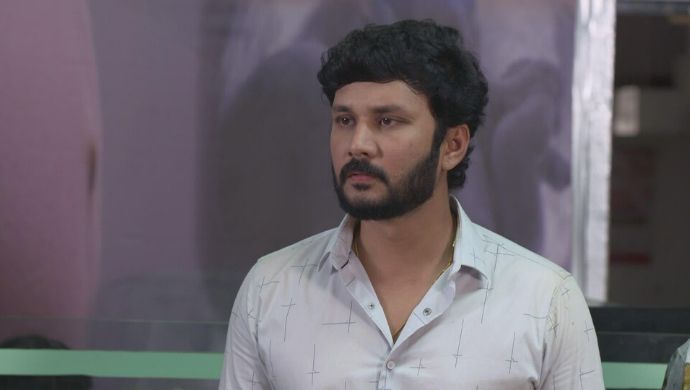 In the previous episode, Prabhu decides to take Sathya to a psychiatrist to remove his memory from her brain. He tells his friends that the technology is advanced and you can now remove a certain section of your memory permanently, too. He tells the doctor that he does not want her to remember that she loves Prabhu and wants it wiped from her memory. The doctor agrees to it and starts the procedure. After some time, he comes outside and tells them that Sathya does not even know that Prabhu exists anymore. Prabhu is elated to hear this and even plans to send the doctor on an all-expenses paid trip.

In the upcoming episode, Prabhu’s happiness remains short-lived since the doctor tells him that she doesn’t love Prabhu but she does love an Amul Baby. Prabhu is shocked and upset on hearing this since the doctor doesn’t know who Amul Baby is. The psychiatrist further tells him that she loves Amul Baby deeply and her life will be meaningless without him. He adds that no psychiatrist will be able to take Amul Baby’s memory out of her mind. What will Prabhu do now? To know more, watch Sathya on Zee5, when it goes on air in the evening.

For the ones who missed the last couple of episodes, Sathya is in love with Prabhu, who is engaged to her sister, Divya. Sathya is unaware of his engagement. He tries to tell her that he is not in love with her but fails to do so because of dire circumstances. For more such entertainment, watch Oru Oorula Oru Rajakumari streaming on ZEE5.

Zee5 Original Series Nisha: Was Asked Not To Socialise On The Set, Says Anish Padmanabhan

Yaaradi Nee Mohini 18 October 2019 Preview: Swetha Gets Another Bad Sign About Her Wedding