Sathya has other plans for Divya, however. 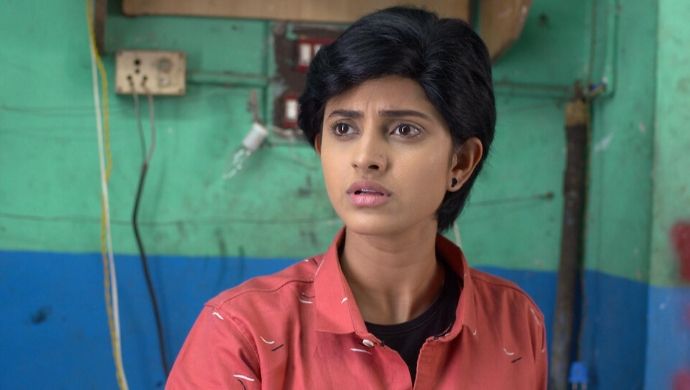 In the previous episode, Sathya finds out that it is actually her own sister, Divya, who is going to marry Prabhu. Of course, he is still not aware of the fact that Divya is Sathya’s sister even after he spots Sathya’s father’s photo in the house. Sathya is heartbroken to know that the love of her life is going to marry her own sister. To top it all, she has promised Prabhu that she will be with him until he is married. Sathya is also unaware of her sister’s doings and how she has been deceiving Prabhu.

In the upcoming episode, Sathya’s friends at the garage tell her that Divya has been deceiving Prabhu and is lying to him. They also reveal that it was one of the main reasons for them to get Sathya married to Prabhu. Sathya loses her cool and decides to confront Divya about the same. Her friends stop her but she tells them that Divya is as important to her as Prabhu is and she does not want to make any mistakes. Will Sathya find out the truth about Divya and expose her? Or will she let her marry Prabhu anyway? To know more, watch Sathya that airs on Zee5 tonight.

For the unversed, Sathya and Prabhu are best friends but the former falls in love with him. Prabhu only sees her as a best friend and is also engaged to her sister, Divya, which she is not aware of.

International Men's Day: 3 Badass Characters on Zee Tamil We Cannot Get Enough Of