Will Prabhu manage to win the case against Vinod and get Sathya out of jail? 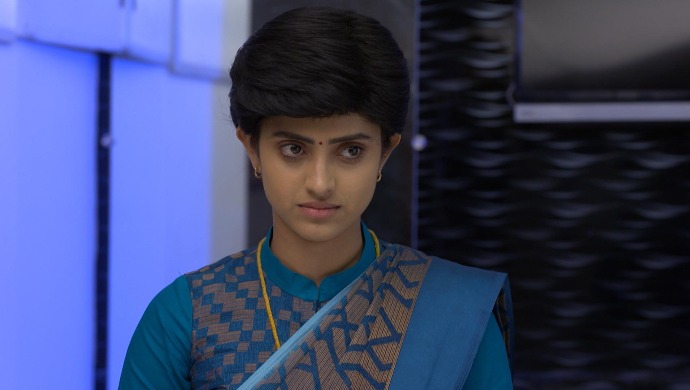 In the previous episode of Sathya, we see Prabhu hitting the cop so that he is also kept in jail and that way he can spend time with his wife Sathya in jail. However, Sathya and Prabhu do not get much time together as the inspector turns up and asks the constable to throw Prabhu out. And the following day when Sathya’s family goes to visit her, the cop only allows her mother and Patti to meet Sathya and keeps the rest waiting outside the police station. Meanwhile, Prabhu tells his mother to keep Sathya’s jail incident a secret and not reveal it to his father as he, who is already very upset about staying away from the family, will get even sadder if he hears about Sathya. His mother agrees.

In tonight’s episode, Anita, who is asked to get ready for Sathya’s hearing, tells her uncle that she doesn’t care if Sathya is released or imprisoned. And her uncle tells her that she should come to see how the judge gives his verdict against Sathya. At the court, the family lawyer ensures everyone that he will do his best to get Sathya out of the jail. Meanwhile, Vinod, who has also come to the court for the hearing, challenges Prabhu saying that he can never get her out on his own. Even if he shells out all his money to get her out, he won’t be successful. Sathya’s mom and Patti loses their cool at Vinod and curse him.

As the hearing starts, Prabhu throws a paper ball at Sathya and asks her to read what’s written on the paper. On the other hand, Prabhu’s uncle asks the lawyer if he is really helping the family in getting Sathya out of jail. He tells him that the video proof against Sathya is enough to get her jailed for the coming three years.

What do you think of tonight’s episode? Do you think, Sathya will be released from the jail? Share your thoughts in the comment section below. Also, watch Nisha, a ZEE 5 original web series, starring Anish Padmanabhan, Vaibhavi Shandilya, and Kalloori Vinoth.