Find out if Sathya has been released from the jail or not. Details inside! 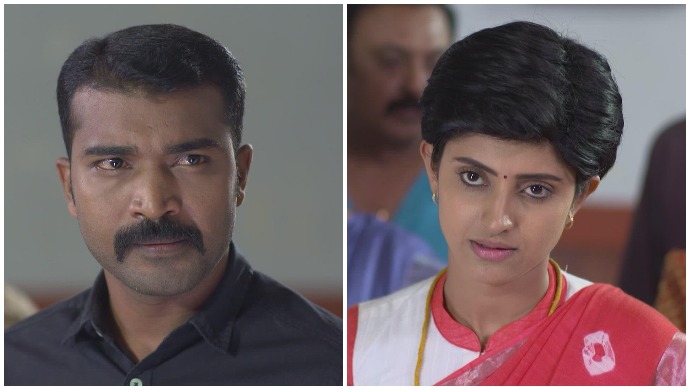 In the previous episode of Sathya, Prabhu and Sathya’s family heads to the court for the hearing. At the court, they meet Vinod, who challenges Prabhu saying that Sathya will easily be imprisoned for at least three years, courtesy the video proof he’s got. While the hearing is about to start, Prabhu throws a paper ball at Sathya and asks her to read what’s written on the paper. On the other hand, Prabhu’s uncle asks the lawyer to ensure that Sathya goes to jail.

In the upcoming episode, Sathya tells Vinod that if her husband would have had to stay in jail instead of her, she would have killed him by now. She also warns him to stay away from them and if he does not do so, she will not spare him the next time.

What do you think of tonight’s episode? Do you think, Anita and her uncle will succeed in their plan or will Sathya manage to come out of jail? Share your thoughts in the comment section below. Also, watch Police Diary 2.0, a crime drama series, starring Santosh Prathap, John Kokken, Anjana Jayaprakash, and Pooja Ramachandran on ZEE5.