Find out what's going to happen in tonight's episode of Sathya here. 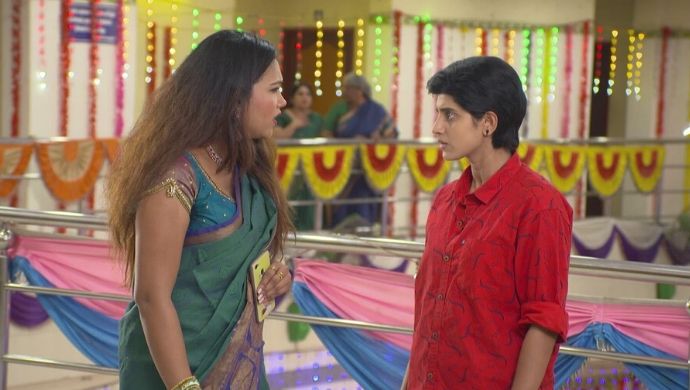 In the previous episode, Divya is sitting tensed in her room and in her bridal trousseau wondering what Sathya might be up to. Her friend walks in and taunts her by saying she should be lucky that a person like her has such a nice younger sister. Sathya is getting everything ready for the wedding as Anita spies on her. She scolds Sathya and asks her to stay away from Prabhu as he is marrying someone else now. Sathya is taken aback and hurt by her words but doesn’t let the matter escalate. She breaks down in the bathroom and tells Prabhu later on that everything is fine.

In the upcoming episode, Sathya is walking with a tray of juice glasses. Pooja pushes her and the glasses fall to the floor and break. Pooja insults Sathya and asks her to clean it up. Sathya’s mother, grandmother and friends are also watching all of this helplessly. Will her mother step up and take a stand for her? She had already confessed how guilty she feels about hiding the truth about Sathya to Divya’s in-laws. Will this create troubles in the marriage? To know more, watch Sathya on Zee5 tonight.

For the unversed,  Sathya falls in love with Prabhu, who thinks of her as a best friend only. After friend-zoning her for over a year, Prabhu confesses the truth to her. She also finds out that he is actually engaged to her own sister, Divya.