Sathya 8 November 2019 Preview: Sathya Is Curious To See A Strange Crowd Outside Her Shop

Find out what's going to happen in the upcoming episode of Sathya. 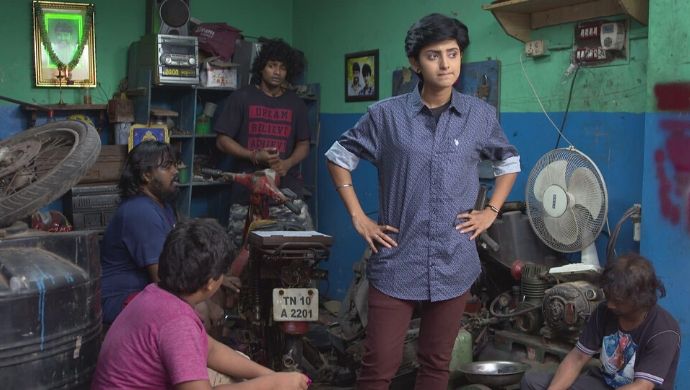 In the previous episode, Sathya breaks all ties with Prabhu and rejects his request to be friends with her. She tells him that she really loved him but misunderstood his intentions. She also apologises for that and leaves. Prabhu feels bad since he does care for her as a friend and never wanted to end the friendship. Later at night, Sathya goes to see her mother and spends some quality time with her. She also tells her mother the entire truth about her misunderstanding and her mother consoles her. Divya overhears everything and is happy.

In the upcoming episode, Sathya gets back to work and sees a certain group of people gathered outside the shed. She wonders why people have gathered there and what’s  happening. She asks her friends what it is and they grudgingly say that they don’t know anything about it. Sathya is still curious to know what’s happening outside. Will this be Prabhu’s doing? Will he try to gain Sathya’s trust back? Or is there a new problem in store for Sathya? To know more, watch Sathya that airs on Zee5 in the evening.

For the ones who missed the last couple of episodes, Sathya falls in love with Prabhu not knowing that he is actually engaged to her sister, Divya. Prabhu sees Sathya as his best friend and is unable to tell her he does not love her.