The beautiful actress had to deglamorise her whole demeanour for her role in Sathya. 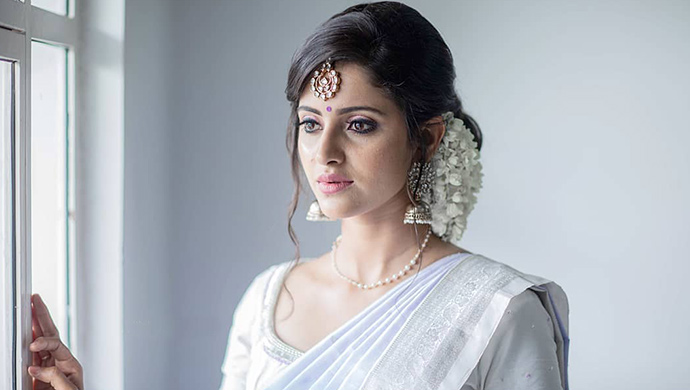 Sathya is a Tamil show streaming on ZEE5. This series speaks about the life and issues of the life of Sathya, a character played by actress Ayesha while also showing the effect of true love on her life. Even though this theme of an independent woman but it shows the female lead to be a responsible person. Now, this fact is an important part of the series, as you should realise that being an independent person does not always mean that you will be responsible.

Watch the issues that Sathya has to face in the series.

For this series actress, Ayesha had to make a lot of compromises and take a lot of efforts. As the character of Sathya is a tomboy who is honest, straightforward and who is not afraid of raising her voice against any atrocity. As a first step towards imbibing the character of Sathya, this beautiful actress had to deglamorise her whole demeanour. While this was essential for the show but it was definitely no easy task.

So let us take a look at some of the actual pictures of the actress to get an idea of the efforts that she had to put in to bring about the change. These will surely make your jaws drop!

Who would have thought that Sathya from the show had such a beautiful side?

2. Simplicity at its best

Even in the simplest of the attires, the beauty of this actress shines and lets her stand apart.

It was only after I saw this picture that I realised what the term eternal beauty actually stands for.

A smile is not a smile if it fails to bring out the happiness in the others witnessing it. And this actress somehow manages to make us happy.

This traditional damsel gives you a sense of beauty and charm with this pose of hers.

So which among these is your favourite picture of Ayesha? Do let us know about it in the section below.

Also, if you like watching such family dramas, then check out Poove Poochoodava streaming on ZEE5.

Watch Rekka: Things Change For Shiva and Keerai, When They Plan To Kidnap a politician's daughter

Sembaruthi 6 May 2019 Written Update Of Full Episode: Vanaja Back To Her Evil Ways