Sathya Feels That She May Not Survive; Will Prabhu Accept Her Proposal?

Prabhu, who was determined to reveal the truth to Sathya, lands in a dilemma after seeing her pleading with him. Now, what will Prabhu do? 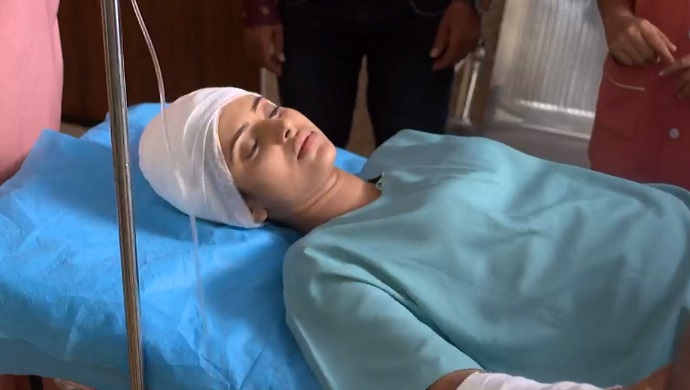 The Yogi’s words have turned about to be true. He had predicted a threat to Sathya’s life and asked her mother to tie a sacred thread around her wrist to protect her from the danger that is on the anvil. But, who can avert a tragedy? Sathya, who leaves her mechanic shed in the excitement of meeting Prabhu, doesn’t realise that the thread that her mother had tied has fallen.

She was destined to meet with a fatal accident but was rushed to the hospital by her friends and the man she loves the most, Prabhu. In today’s episode, you will see Sathya telling Prabhu that she may not survive. She requests Prabhu not to make her wait for long and asks him to answer her question.

For the unversed, Sathya had proposed to Prabhu on the eve of the birthday. She was earnestly looking forward to his reply. Sadly, Prabhu, who was determined to reveal the truth to Sathya, lands in a dilemma after seeing her pleading to him. Now, what will Prabhu do? Will he accept Sathya’s proposal to make her happy, especially when she is critical? But there’s more trouble for him. Divya, who reaches the hospital with her friend, sees Prabhu standing besides Sathya. Will things get more complicated for Prabhu now?

Here’s a quick flashback to the story. Prabhu is engaged to Divya, Sathya’s elder sister. However, he isn’t aware that his fiancee and his best friend are siblings. Interestingly, Sathya also doesn’t know that her sister is Prabhu’s fiancee. Divya, who is two-timing Prabhu, has plans to marry her boyfriend Bala, who according to her, is a rich man. How will things unfold hereafter? Keep watching Sathya and for more entertainment, check out Piriyadha Varam Vendum, a love story that transcends time.