Sathya Finally Proposes To Prabhu, But Will He Reciprocate?

In yesterday's episode, we saw how Sathya dreamt about proposing to Prabhu in the most romantic way possible. 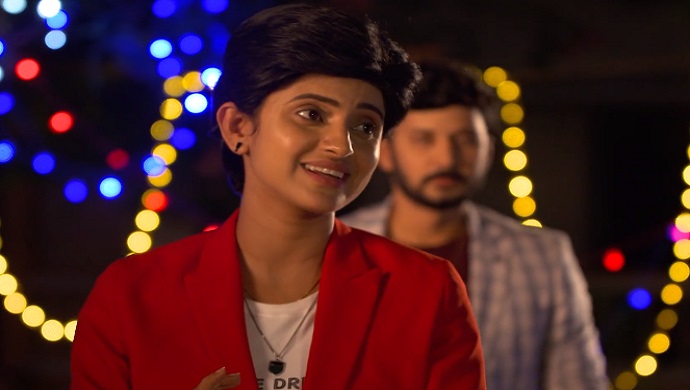 Sathya, who had decided she would propose to Amul Baby aka Prabhu on her birthday, has finally mustered the courage to profess her feelings for him. But the big question is this – will Prabhu reciprocate and accept her proposal?In yesterday’s episode, we saw how Sathya dreamt about proposing to Prabhu in the most romantic way possible. She hugs him and plants multiple kisses on his face after seeing him waiting for her at the garden. Sathya is overwhelmed to see Prabhu make so many efforts to surprise her on her birthday. For the uninitiated, Sathya was disappointed earlier in the evening after knowing that Prabhu had flown to Hyderabad. However, she wasn’t aware that it was just a prank.

Here’s a flashback for those who have joined in late. Prabhu hasn’t told Sathya that he is engaged to Divya. Sadly, neither Sathya knows that her sister Divya is Prabhu’s fiancee, nor is he aware of the two being sisters. Divya is two-timing Prabhu because she has someone else named Bala in her life. Now how will things unfold hereafter?

Divya, who dislikes Sathya, used her horoscope to get approval from Prabhu’s parents for marriage. Prabhu’s family Guruji asked them to fix Parabhu’s marriage with Divya only after the horoscopes matched. But he knows something somewhere is wrong. He knows that Divya’s behaviour doesn’t correspond with the horoscope she had presented.

Ironically, Prabhu, who wants to marry Divya, subconsciously likes Sathya. Shashi keeps telling Prabhu to assess his feelings for Sathya, but the latter dismisses his suggestion. He states that Sathya cannot be a match for him because she is tomboyish. But now, what will he do? Will he tell Sathya about his relationship status?

If you love listening to Tamil songs, check out the videos on ZEE5.

Yaaradi Nee Mohini: Vennila Tries To Strangulate Swetha After She Insults Her Mother