Sathya showcases her profound love for Prabhu by making a kolam that she hasn't made before. 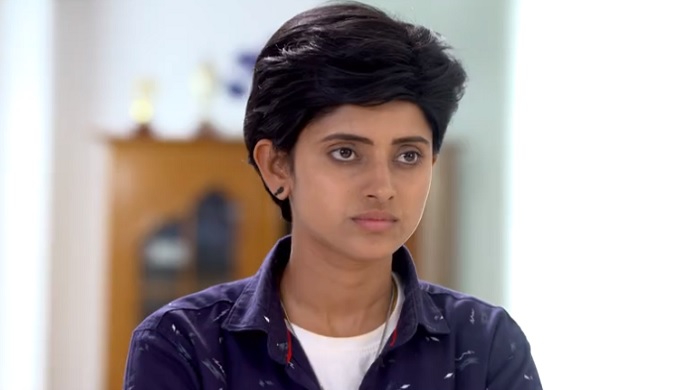 In Saturday’s episode, we saw how Sathya left Prabhu speechless by making the Kolam. Thus, she proved that she can do all that he and his family like, and be the person they want her to be. Sathya showcases her profound love by making a Kolam that she hasn’t made before. But she believes that his love makes her do things she never thought she could.

Sathya wants Prabhu to inform his parents about their relationship, without knowing that he is already engaged to Divya, her sister. Prabhu has made several attempts to tell the truth about his relationship status to her, but has failed to do so. He fears that she might get shattered and hence thinks of ways to relieve himself of her. But Sathya doesn’t let him go farther from her. She does something or the other that brings her closer to her.

Karthik Raj Aka Adithya Of Sembaruthi Is A Motorcycle Enthusiast, Here’s…

If You Have A Sweet Tooth Like Karthick Vasu, Know How To Make Gulab Jamun At…
+
Explore More

Today, when Makhan wishes to stop Sathya from pinning hopes on Prabhu, she slaps him, stating that her faith in her Amul Baby is unshakable. Sathya nurtures the desire to marry Prabhu, but her friends know that he has plans to marry Divya. Sadly, Sathya’s family has kept her int he dark about Divya’s engagement ceremony. They haven’t even introduced Sathya to Prabhu’s family. And hence the confusion. It is going to be a shocker for Prabhu when he learns that Divya and Sathya are sisters.

Now what will Sathya do to please Prabhu? Will she dress up like a typical girl to impress his family? Keep showering your love on Sathya and for more entertainment, check out Yaaradi Nee Mohini, a supernatural daily soap, on ZEE5.

Yaaradi Nee Mohini: Mutharasan Slaps Swetha In The Presence Of The Villagers