Ramya took to her Instagram page recently to share a pic of hers in a red halter-neck gown with a thigh-length slit. 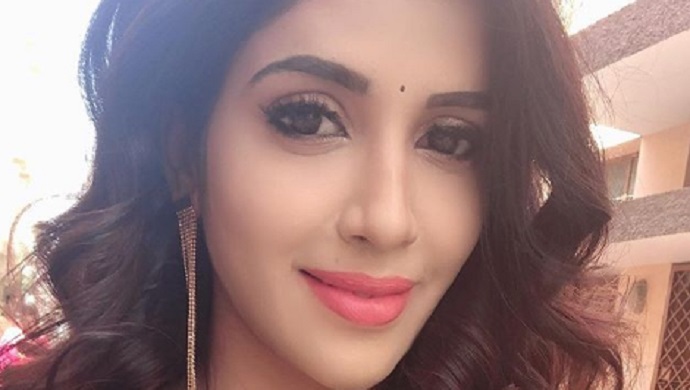 Koli Ramya, who plays Divya in super-hit daily soap Sathya, is a fashionista off the screen. The pretty actress’ Instagram posts prove that she loves red and most of her posts show her flaunting her slim frame in the colour. Ramya took to her Instagram page recently to share a pic of hers in a red halter-neck gown with a thigh-length slit. Well, she looks smoking hot and we are sure you won’t be able to take your eyes off her.

Check out the pic shared below:

A girl should be like a butterfly.pretty to see, hard to catch. #lovethisdresssomuch

This is apparently, Ramya’s favourite dress and her caption proves it.

For the unversed, Ramya plays an antagonist in the aforementioned show that revolves around a tomboyish girl named Sathya. Divya and Sathya are sisters but are poles apart. Divya is mean, cunning, selfish and rude, while Sathya is sensitive, sensible, selfless and compassionate. Divya, the elder sister hates Sathya so much that she hopes to see her die after she meets with an accident. She also refuses to donate blood to her by giving a lame excuse. Such is the hatred for Sathya in Divya’s heart.

Here’s quick flashback to the story. Divya is in a relationship with a man named Bala, who promises marriage to her but doesn’t get her introduced to his parents. Divya wishes to marry him only because he is rich, but when he dilly-dallies, she gets hold of Prabhu by producing Sathya’s horoscope. However, she two-times Prabhu and Bala, and now intends to dump the former and get married to the latter. Will Prabhu learn the truth about Divya? To know how the story unfolds, keep watch Sathya, and for more entertainment, check out Poove Poochoodava, the unusual love story of a married couple, on ZEE5.