In today's episode, everyone including Adi, Arun, Aishwarya, Parvathy and Purushothaman are surprised to see a drastic change in Akhila's behaviour. 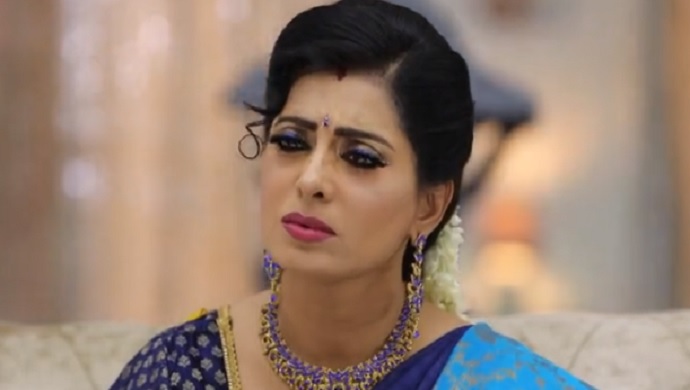 In today’s episode of Sembaruthi, Vanaja and Mithra inform Nandhini about Akhilandeshwari’s unbelievable transformation. They feel that Parvathy has succeeded in strengthening her bond with Akhilandeshwari by donating blood to her. Hence, Nandhini thinks that they must do something to create a misunderstanding between the two women

+
Explore More
. During the conversation, Nandhini also reveals that the blackmailer who was responsible for her accident is someone close to Adithya. Thus, she tries to join the dots to see the complete picture that led to her accident.

Later in the evening, Parvathy meets Adithya to give him a gift. She gives him a fishbowl with two golden fishes in it. Adithya is surprised to see the unusual gift but appreciates and accepts it whole-heartedly. Parvathy asks Adithya to explain what the gift symbolises, and he answers her question correctly. He knows that the two fishes represent him and Parvathy. Parvathy goes a step further and says that the water represents their mother, Akhilandeshwari.

Next morning, Purushothaman is surprised to see a drastic change in Akhilandeshwari’s behaviour. He asks her what made her bring about the change in her attitude, and her answer leaves him spellbound. Akhilandeshwari says that she has always been in a commanding position. She has lived with authority, pride and a “never say die” attitude but has never attained calm. She tells him that she wishes to achieve peace of mind.

A while later, when Adithya and Parvathy discuss Akhilandeshwari’s unbelievable transformation, Purushothaman meets them and talks to them about their marriage. He feels that the time has come to get Adithya and Parvathy married. Adithya, however, thinks that they must wait for a few more days before revealing the truth about his relationship with Parvathy to Akhilandeshwari. Keep watching Sembaruthi and for more entertainment, and for more entertainment, check out Sathya, the love story of a tomboyish girl, on ZEE5.