Akhilandeshwari is unharmed by the accident and she is angry with Sundharam and she threatens him. 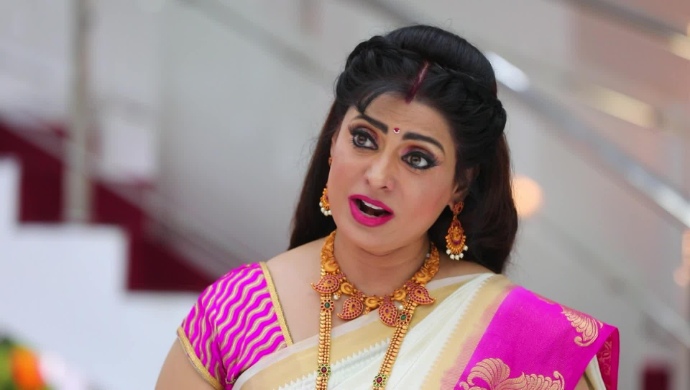 In today’s episode, we will see that Akhilandeshwari is unharmed by the accident and she is angry with Sundharam. She, in fact, tells him that she will open the note that the astrologer has given at the exact time the astrologer had asked her to open it and if the incident mentioned in the note is similar to what she will face the next day then Sudharam will have to face some serious repercussions. This leaves everyone shocked and nobody is able to comprehend this change of situation.

Why is Akhilandeshwari saying this? Keep watching the show to find out!

What Inspiration Should We Draw From Shiva's Character In Poove Poochoodava?

Sembaruthi 10 May 2019 Written Update Of Episode: Akhilandeshwari To Take A Drastic Step?