Sembaruthi 11 May 2019 Written Update Of Episode: Adithya Argues With Akhilandeshwari

Vanaja puts up a show of fake concern and then slowly she tries to feed negative things about Parvathy. 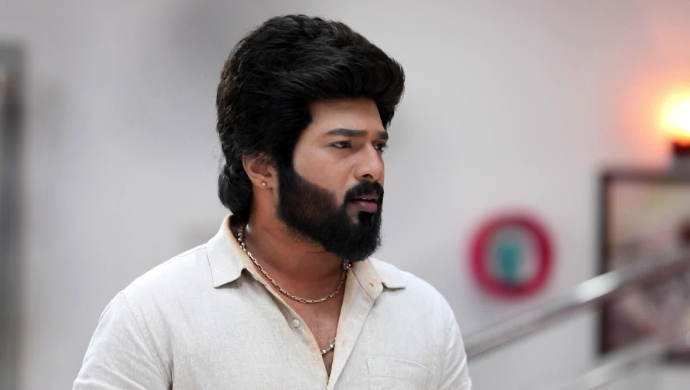 In the last episode of Sembaruthi, we saw that Akhilandeshwari escapes the accident and is unhurt, but she is visibly disturbed. Meanwhile, Adithya and Purushotaman are worried about Akhilandeshwari’s well being. Suddenly they see Akhilandeshwari walking in and she seems angry as she throws away her bag and breaks a vase. When Purushotaman asks her about the reason for being so angry, she just stares at Parvathy. After some persistence from Adithya and Purushotaman, she narrates to them about the whole incident with the astrologer and his claim. After that, she threatens Sundharam and says that if what the astrologer had predicted comes true then she will not take things lightly.

In today’s episode, we see that Vanaja has gone to meet Nandhini. There she informs Nandhini about the events that took place at Akhilandeshwari’s house and her decision to hurt Parvathy if the prediction of the astrologer comes true. Nandhini and Vanaja gloat at the irony of the situation and Nandhini further asks Vanaja to feed more poison about Parvathy, in Akhilandeshwari’s mind. To this Vanaja happily agrees and goes to do her part accordingly.

Back at home, Vanaja puts up a show of fake concern and then slowly she tries to feed negative things about Parvathy. When she sees that Akhilandeshwari is taking the bait, she increases the intensity of complaints against Parvathy. Vanaja very cleverly tries to instigate Akhilandeshwari’s ego and tries to establish that because of Parvathy there have been a lot of negative things happening in the house.

When Adithya listens to this, he is angry with Vanaja and he shouts at her and tells her that even he has a list of things which prove that Vanaja had always created problems in the house. But while he is doing this, Akhilandeshwari cuts him in and reprimands him for having spoken to Vanaja in a harsh manner. This shocks Adithya and he recounts the instances where Parvathy had saved the lives of many members in the family. And in his frenzy, he gets into an argumentative tone with Akhilandeshwari. So much so that Shyam and Purushotaman have to take Adithya out of the room.

This shocks Akhilandeshwari and she is dumbfounded. On the other hand, Vanaja is happy to see that the seeds of doubt that she had sown is working well and has taken deep roots in Akhilandeshwari’s mind.

What do you think will happen? Will Adithya and Akhilandeshwari fight and make the situations worse? Let us know what you think in the comments below!

If you like watching such thriller stories, check out the lot available on ZEE5.

Vetrivel: The Struggle Of A Man To Look Past The Age Old Traditions That Binds Him In His Village

Mother's Day Special: Why Akhilandeshwari And Mangai Are TV Moms Fans Relate To, The Most