Aishwarya, who had not known the truth about Adithya and Parvathy's marriage, accepts her friend whole-heartedly and gets protective of her. 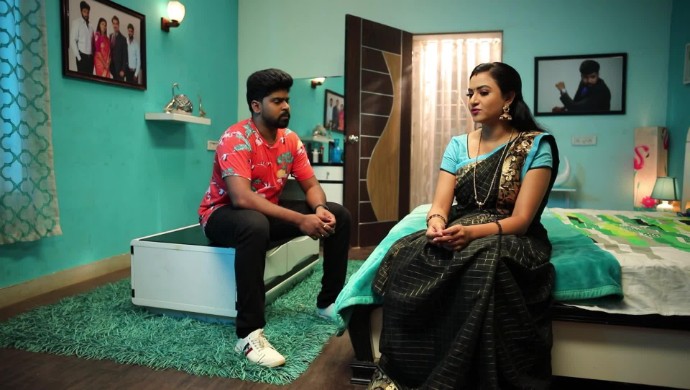 In today’s episode of Sembaruthi, Arun and Aishwarya tease Adi and Parvathy as they play chess. It is probably for the first time that four have been able to spend some quality time in the absence of any other family member at home.

For the unversed, in yesterday’s episode, we saw Parvathy revealing that she was a champion in the game of chess when she was in school. Aishwarya is surprised to now that Parvathy is such a genius. She wonders why Parvathy has restricted herself to domestic chores. Later, when Adithya returns home from work, she tells Adithya about Parvathy’s best-kept secret. Adithya, who is surprised to know that his wife is a champion, wishes to learn the game from her.

Here’s a summary of the last few episodes for you. Aishwarya, who had not known the truth about Adithya and Parvathy’s marriage, accepts her friend whole-heartedly and gets protective of her. When Vanaja, Mithra and Uma ridicule Parvathy, she intervenes and asks them not to treat her as a maid. She tells them to deal with Parvathy respectfully because she is not just a cook but the brand ambassador.

On another occasion, Aishwarya decides to make coffee for herself rather than asking Parvathy to make it for her. She feels that she must serve her elder co-sister and not get work done by her. And on yet another occasion, when Aishwarya sees Parvathy cleaning the Puja room, she gets her a glass of juice. Thus, she starts taking care of Parvathy, her friend and her co-sister. Stay tuned for the written update. Keep following Sembaruthi and for more entertainment, check out Nachiyarpuram, a show starring real-life couple Dinesh and Rachitha, on ZEE5.

Prasanna Will Blow Your Mind As Ravi Prakasham In Thiravam