The Guruji asks Akhilandeshwari to give the Spatika Linga to the most deserving daughter-in-law. But whom will she hand in over to? 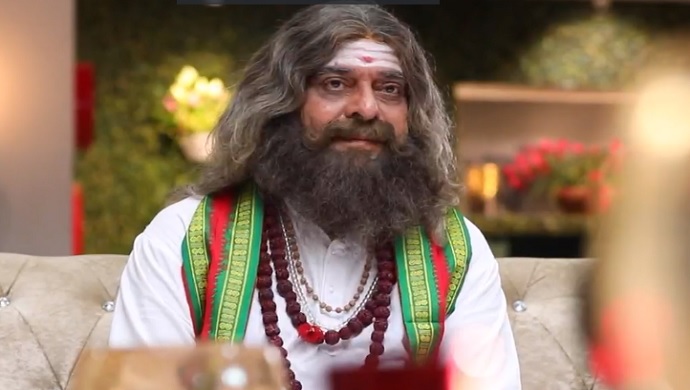 In today’s episode of Sembaruthi, you will see a new twist to the tale. The Guruji, who had asked Akhilandeshwari to send Parvathy away from her mansion, visits the residence of the Adhikadavurs. He hands over a Spatika Linga to Akhilandeshwari and asks her to make way for the next generation of the Adhikadavurs. He says she must give the Spatika Linga to her daughter-in-law. And when Akhilandeshwari tells him that she would give it to Mithra, the elder daughter-in-law, the Guruji stops her. Instead he asks her to hand it over to the most deserving one, because not everyone is worthy of it.

Now, what does this gesture of the Guruji mean? Does he know that Mithra is not the deserving one? For the unversed, here’s a summary of the last few episodes. When Purushothaman had spoken about Parvathy being an ideal match for Adithya, Akhilandeshwari fumed with rage. She headed to the temple and ended up injuring herself with the trident. The Guru, who had overheard the conversation between them, had asked Akhilandeshwari to send Parvathy away if she wanted Adithya’s marriage to take place without hurdles. But Akhilandeshwari fell short of reasons to abandon Parvathy.

Later, when she fumes with rage over Sundaram after the Adhikadavur chain gets hidden by Vanaja, Akhilandeshwari regrets committing a blunder. She visits Sundaram’s village to bring him, Parvathy and Ganesha back to the mansion after they leaves the city after facing humiliation. She wanted him to return to the town so that she could fulfill her promise made to Sundaram. She had promised that she would get Parvathy married to a suitable man.

To know what happens after the Guruji gives the Spatika Lina to Akhilamdeshwari, watch the episode of Sembaruthi tonight, and for more entertainment, check out Sathya, the love story of a tomboyish girl, on ZEE5.