Purushothaman meets Adithya and Parvathy in the garden area to inform them about the Guruji's instructions to Akhilandeshwari. 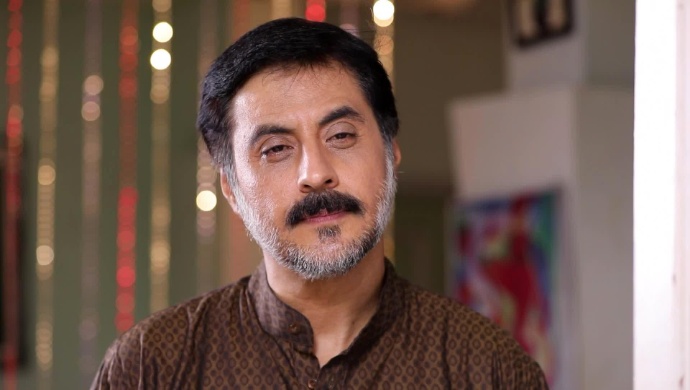 In today’s episode of Sembaruthi, Akhilandeshwari tells Purushothaman about the Guruji’s surprise visit to their mansion. She narrates the entire chain of events to Purushothaman and he believes that Parvathy is the rightful person to inherit the Spatika Linga, given to his family by the Guruji. Later, he comforts Akhilandeshwari by asking her not to worry by saying that the Spatika Linga will reach the person who deserves it the most.

Next morning, when Parvathy tells Adithya about the Guruji’s attitude towards her, he tries to hide the fact that he had asked Akhilandeshwari to keep her out of the house. Adithya tells Parvathy not to to take his reaction seriously but she doesn’t get convinced. Meanwhile, Purushothaman meets Adithya and Parvathy in the garden area to inform them about the Guruji’s instructions to Akhilandeshwari. He feels sorry that Parvathy is not in the competition and believes that she should have been given a chance to prove her worth. But Parvathy asks him not to worry but only seems concerned about Mithra. She says that the Spatika Linga should not land in Mithra’s hands because she doesn’t deserve it. Moreover, she is hell-bent on destroying the family of the Adhikadavurs.

Later in the day, the women in the family of the Adhikadavurs, including Parvathy visit the ancestral temple in the village to put the Spatika Linga in the sacred pond. At the temple, Aishwarya hopes and prays that Akhilandeshwari accepts Parvathy as her daughter-in-law at the earliest, while Parvathy hopes that Aishwarya finds the Spatika Linga during the test. Meanwhile, Akhilandeshwari hopes that the Goddess helps her in solving the mystery behind the delay in Adithya and Parvathy’s marriage.

After the puja gets over, the priest tells Akhilandeshwari to carry the Spatika Linga to the pond and put it in the water. However, he asks her to wait until they receive a signal from the Almighty.

To know who will get the Spatika Linga, keep watching Sembaruthi, and for more entertainment, watch Nachiyarpuram, a show starring real-life couple Dinesh Gopalasamy and Rachitha, on ZEE5.

Vadacurry Has An Important Life Lesson That Shouldn't Be Missed

If You Love Pasta Like Rasathi Of Oru Oorula Oru Rajakumari, Here's How You Can Make It