Parvathy tells Adi that he mustn't have scolded Arun in the presence of Aishwarya. But he feels that Aishwarya is wise enough not to mistake him. 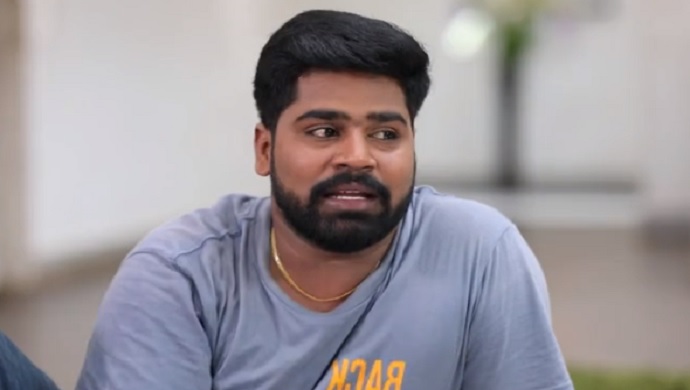 In today’s episode of Sembaruthi, Nandhini’s aide manages to get Arun’s signature on the contract papers of the rejected goods from China. Arun, who is busy talking to someone on the phone, signs the documents for approval without reading it. And later in the day, when Adithya learns about the blunder that Arun has committed, he decides to give him an earful.

When Adithya reaches home, he finds Arun playing a game on his mobile. Even as Adithya talks to him about the blunder he has committed, Arun refuses to take his eyes off his phone. Purushothaman and Akhilandeshwari, who have no idea about what has happened, ask Adithya to explain the matter. Adithya reveals that their company has incurred a loss of Rs 50 crores because of Arun’s carelessness. Aishwarya, who is also present, gets offended after seeing Adithya behave rudely with Arun. In a fit of rage, Adithya snatches the mobile from Arun and throws it away.

Akhilandeshwari and Purushothaman are mighty upset with Arun for being careless. Akhilandeshwari says she wouldn’t care much about the loss, but she gets irked with him for being reckless. Purushothaman also gives Arun a piece of his mind after knowing about the blunder. Vanaja and Uma, who witness the drama while standing in one corner of the living room, are happy to see Aishwarya fuming. They know that Nandhini’s plan has started showing its colour.

Later in the day, Parvathy tells Adithya that he mustn’t have scolded Arun in the presence of Aishwarya. But Adithya feels that Aishwarya is wise enough not to mistake his intentions. Meanwhile, Aishwarya tells Arun that she did not appreciate Adithya’s behaviour. She says that she cannot see Arun getting humiliated by anyone.

Another highlight of the episode is the scene where Adithya tells Parvathy not to worry if the secret about their marriage gets revealed. He says, sooner or later, they must be ready to face their family for keeping them in the dark about their marriage. Keep watching Sembaruthi and for more entertainment, watch Piriyadha Varam Vendum, a love story that transcends time, on ZEE5.