Mithra, who believes Akhilandeshwari is an authority in business management asks to tell her who among her and Aishwarya is right. 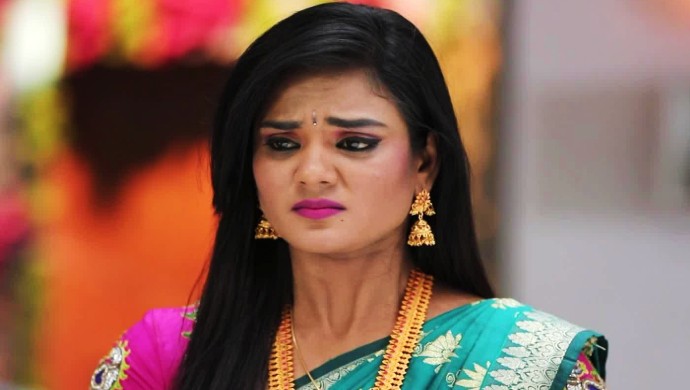 In today’s episode of Sembaruthi, viewers will see Aishwarya sharing her wisdom while debating with Mithra on  business ethics. Mithra feels that in business, one need not focus on ethics but only think of making profits. But Aishwarya feels that success in business without following ethics is meaningless because the businessman will never achieve peace and satisfaction by earning people’s curse.

Mithra, who believes Akhilandeshwari is an authority in business management asks to tell her who among her and Aishwarya is right. Akhilandeshwari, who has trained Adithya in business, asks him to narrate her perspective. Adithya, explains that business conducted without ethics is unjust. He believes that business must be done based on healthy competition and not out of hatred for the rivals. Hence, he tells that Mithra is wrong and Aishwarya is right.

For the unversed, here’s a summary of the last few episodes. The Guruji, who had asked Akhilandeshwari to keep Parvathy away from Adithya, visits her mansion to hand over a Spatika Linga that he had got while he was doing Tapasya in Badrninath. He reveals to his Shishya that he knows Parvathy is the elder daughter-in-law of the house. He knows he wouldn’t be able to tell the truth to Akhilandeshwari, hence he thinks of a way to communicate the same to her. He asks Akhilandeshwari to evaluate who among his daughter-in-law deserves the Spatika Linga. And after Aishwarya’s display of her wisdom, we are sure Akhilandeshwari, would favour her over Mithra. Stay tuned for the written update, and for more entertainment, check out Poove Poochoodava, an unusual love story of a married couple, on ZEE5.

What Does Sembaruthi's Nandhini Do When She Isn't Shooting?