Sembaruthi 17 September 2019 Preview: Aishwarya Talks To Adi And Parvathy About Pic On Mug

Uma had secretly picked up the mug from Adithya's room and the same was used later by Vanaja and Mithra to trap him. 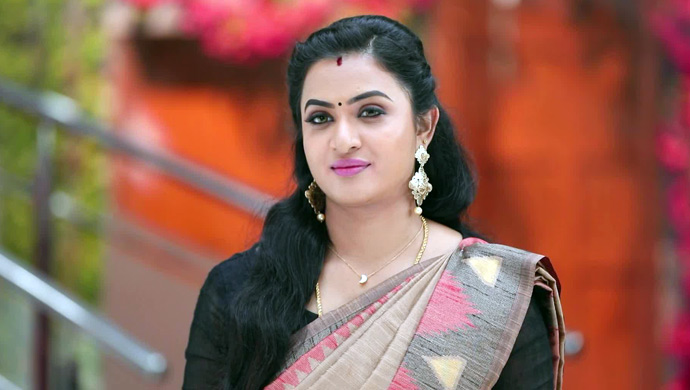 In today’s episode of Sembaruthi, Aishwarya talks to Adithya and Parvathy about the mug that has their pic on it. For the unversed, it is the same mug that could have exposed the truth about Adithya and Parvathy’s marriage, had he not worked on a plan to save himself from getting caught. Uma had secretly picked up the mug from Adithya’s room and the same was used later by Vanaja and Mithra to trap him. But he used his presence of mind to trap Mithra instead.

Here’s a summary of the last few episodes. Check out the recap. The Guruji, who had asked Akhilandeshwari to send Parvathy away from Adithya’s life, visits her mansion to hand over a Spatika Linga, that he found while meditating in Badrinath. He reveals to his Shishya that Parvathy is the elder daughter-in-law of Akhilandeshwari. He also says that he wouldn’t be able to directly reveal the truth to her about Parvathy, and hence, he shares his plan about bringing certain things to her notice. While handing over the Spatika Linga to Akhilandeshwari, the Guruji says that she must pass it on to the next generation.

However, when Akhilandeshwari says that she would give it to Mithra, her elder daughter-in-law, he stops her from doing so. Instead, he asks her to judge both Mithra and Aishwarya for the next ten days. On the day of Purnima, he asks her to test them by telling them to take a dive into the pond to bring the Spatika Linga out of the water. He says that whoever succeeds in bringing it, will become the rightful recipient of the Spatika Linga. Stay tuned to this space for the written update and keep following Sembaruthi. And for more entertainment, watch Nachiyarpuram, a show starring real-life couple Dinesh and Rachitha, on ZEE5.