Sembaruthi 18 November 2019 Written Update: Parvathy Is Conflicted About The Elections 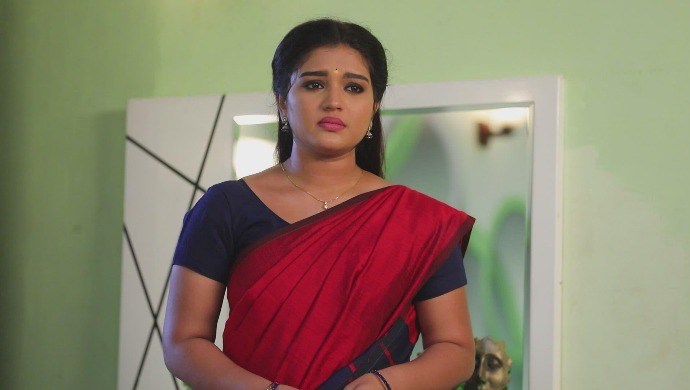 In the previous episode, Akhilandeshwari asks Sundaram to talk to Parvathy and get her to step down from the Goodwill Ambassador elections at the company. Sundaram talks to Parvathy but she refuses to step down and even tells him why she decided to do what Adithya asked her to do. Later on, Akhila calls her to the room and questions her integrity along with her intentions. A hurt Parvathy tells her that she will step down from the post if that’s what it takes for her to prove he loyalty to the family.

Adithya asks Parvathy to sign the candidacy documents and she hesitates. After a little bit of coaxing and scolding from Adi, Parvathy tells him about her conversation with Akhila. He tells her that she wouldn’t even have to contest the elections if he manages to find proof against Nandini and Mithra. Parvathy then tells him about the pen drive incident involving Mithra and they decide to have a look at Akhila’s room again for the pen drive. Adi also gives her a deadline and asks her to think about the elections.

Meanwhile, he leaves to follow the clue that Deepak gave him and finds out that someone called Ashok will be helping him expose Nandini and Mithra. At home, Parvathy is conflicted as she is torn between her husband and her mother-in-law. The next morning, she prays to her mother and says that she will make the decision based on a drawing. She keeps a sandalwood idol of God on the floor, takes a fistful of kumkum, shuts her eyes and draws a circle around it. If the circle is perfect, she will do what Adithya wants her to and if not, she will chose to follow Akhila. She ends up deciding to go with Adi’s plan.

She leaves in the auto and a couple of goons immediately inform Nandini about it. She orders them to follow her and make sure she doesn’t reach office on time. The goons bully her and try to take the documents from her but Adi makes a heroic entry, fights off the goons and takes her. At the office, Mithra submits her papers with Akhila and Vanaja. The official in charge says that the deadline will end in five minutes, after which he will register her name.

Sembaruthi 18 November 2019 Preview: Parvathy Is Attacked By Goons On The Road

These Photos Of Anjana From Police Diary 2.0 Prove That She Is Every Photographer's Muse