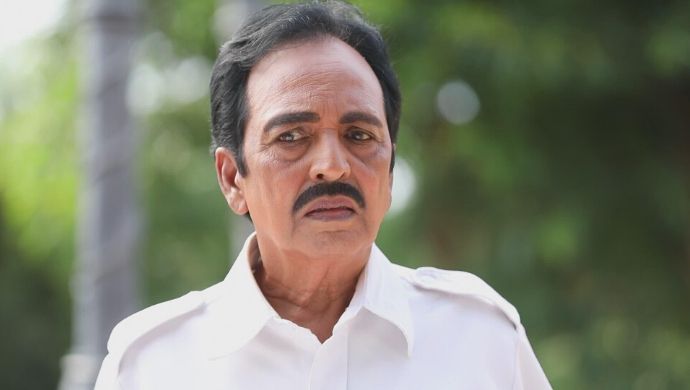 In the previous episode, Akhilandeshwari is trying to connect the dots and figure the reason behind Parvathy retrieving the lingam. She is also worried about what the Guruji told her after the lingam incident. Purushothaman tries to convince her and get her to accept Parvathy but she loses her cool with him and tells him that she will never accept Parvathy as the daughter-in-law of the house. Adding to Parvathy’s woes, Sundaram scolds her for retrieving the lingam and also asks her to break up with Adithya. However, Parvathy tells Adithya that she will never leave his side or break up with him.

Parvathy tells Adithya about her encounter with another woman in the temple who came to pray for her husband. She also promises Adithya that she will wait till Akhilandeshwari accepts them completely and will never think about breaking up. Adithya tells her that she didn’t have to hide the truth about the lingam because Akhila found out about it through Guruji anyway.

Sundaram is restlessly waiting for Parvathy at home. As soon as she comes home, he asks her what her decision is and she tells him that they will convince Akhila somehow but not break up. Sundaram is shocked to hear this. Parvathy tells Sundaram that this is what the Goddess wants her to do.

In the morning, Akhila is checking the accounts and scolding her accounts team for not working properly. She asks them to give her proper details of why there have been so many expenses in 24 hours or she will take legal actions. Just then, Nandini claps and walks in. She taunts Akhila for being able to pick out the smallest mistakes. Akhila tells her that she doesn’t have to listen to her and there is nothing wrong going on in her family.

Nandini probes further and tells her that everyone is trying to hide something from her. Akhila tells her that if she finds out that Nandini is behind everything, she will not spare her. She then walks out of the office.

At night, in the garden, Adithya and Parvathy meet to spend some quality time with each other. He buys some glass bangles for her and she tells him what she told her father about them. Purushothaman also enters and tells them about his conversation with Akhila the other night. Aishwarya also joins them.

Adithya assures them that they will definitely find the right moment to tell Akhila the truth and get her to accept their relationship. Sundaram overhears their conversation and is surprised to see that other members of the family are also involved in this. He wonders if he should tell Akhila about this. He then gets an idea and figures out who the right person is to break Adithya-Parvathy up. Will he team up with Vanaja and gang? For more such entertainment, watch Piriyadha Varam Vendhum streaming on ZEE5.