Parvathy imagines a situation where Adithya is riding a bike and she is sitting behind him. This creates a certain amount of happiness in her mind. 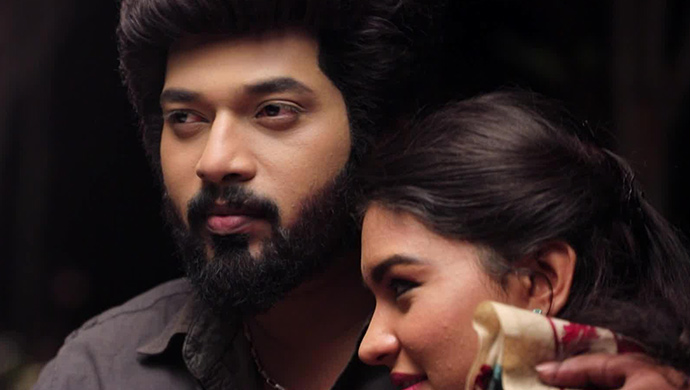 After Akhilandeshwari and Mithra leave Nandhini praises Mithra’s act and she shares with Vanaja about her plan to ruin Akhilandeshwari’s party. Vanaja is happy to hear this out and she is satisfied with the plan. Meanwhile, we see Parvathy is anxiously waiting for Adithya, and when he finally arrives in his car she is concerned about the place that he intends to take her.

She tries to guess the place that he is taking her to but fails at it. However, in a short time, she imagines a situation where Adithya is riding a bike and she is sitting behind him. This image creates a certain amount of happiness in her mind. Later, they get down at a gift shop and Adithya gives her a coffee mug and says that it is a special mug. On the other hand, we see that Vanaja and Mithra go to meet Nandhini secretly. There Mithra speaks about the blackmailer and she voices her concern about him. So, they make plans to tackle him and also to create issues in Akhilandeshwari’s party.

At the same time, Adithya shows Parvathy the secret behind the mugs, as he pours hot water in them. Parvathy is really happy and surprised to see the picture of her and Adithya appearing on the mug.

So, what do you think will happen at the party? Will Adithya be able to save Parvathy and his mother from Vanaja and Nandhini’s plan? Let us know what you feel in the comments below!