Arun blames Akhilandeshwari for not giving him any responsibility since childhood to make him an accountable person like his elder brother Adithya. 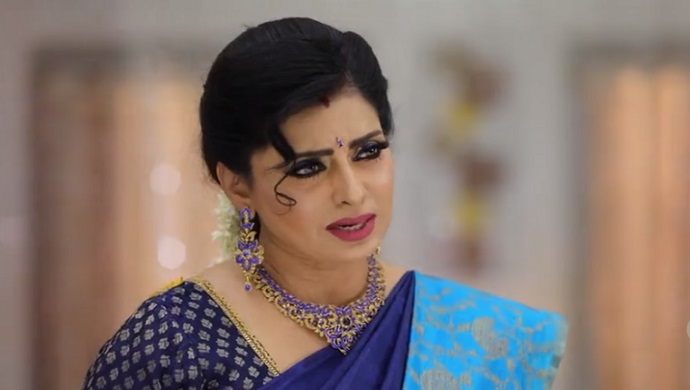 In today’s episode of Sembaruthi, the viewers will witness the never-seen-before avatar of Arun. The younger happy-go-lucky son of Adhikadavur Akhilandeshwari gets overwhelmed after not being able to contain his sorrow. For the first time, he musters the courage to blame his mother for making him irresponsible. In an inebriated state, Arun not only accuses Akhilandeshwari but he also reveals the truth behind Adithya’s decision to transfer half of the companies to his name.

Here’s how the episode unfolded.

After Adithya refuses to discuss the transfer of companies, with Arun, he reaches out to Parvathy for help. He wishes to take her help to convince Adithya to reverse his decision, but she refuses to do so. Parvathy tries to convince Arun to have faith in Adithya’s view, but he insists she must talk to him. He pleads with her to understand his sentiments but his efforts to convince her go in vain. After realising that no one wishes to discuss the matter with him, he goes out and returns home drunk.

Meanwhile, Vanaja, Uma and Mithra wonder why anyone in the house isn’t discussing the division of the companies. When they hope to witness a drama, Akhilandeshwari, Purushothaman and Aishwarya visit the living room area. Akhilandeshwari, who believes that Aun is reckless, asks Aishwarya about his whereabouts. Arun answers her question by turning up completely drunk.

Akhilandeshwari fumes after seeing him in such a state while Purushothaman is shocked. Aishwarya stands helplessly as she sees Arun losing balance. When Akhilandeshwari asks Arun if he celebrated the division of the assets, he reveals the truth. He says that he isn’t ecstatic but agonised. He blames her for not giving him any responsibility since childhood to make him a responsible person like his elder brother. He also says that she should have taught him to be more accountable. Arun’s words pierce Akhilandeshwari as she tries to feel the pain he is going through. And in the end, Arun tells Akhilandeshwari that Adithya did not make the decision voluntarily, but it was Aishwarya who claimed his share in the business.

After knowing the truth, Akhilandeshwari asks Aishwarya to tell the truth. Aishwarya admits she spoke to Adithya about it only to make Arun more accountable and not to claim his share. Purushothaman calms Akhilandeshwari while Adithya takes Arun to his room. And Aishwarya, who is left alone, is comforted by Parvathy. Will Akhilandeshwari forgive Aishwarya? To know what happens hereafter, keep watching Sembaruthi and for more entertainment, watch Piriyadha Varam Vendum, on ZEE5.

Watch Igloo To Feel The Power Of True Love

Sembaruthi's Parvathy Shares The Importance Of Having Your Own Identity