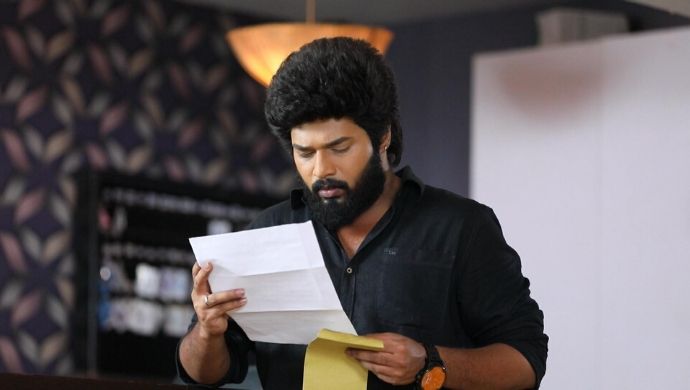 In the previous episode, a conflicted Parvathy finally makes a decision about the Goodwill Ambassador election. She decides to support Adithya over Akhilandeshwari after she gets her mother’s blessings for the same. She gets attacked by goons on her way over to the office but Adithya makes a heroic entry and saves her from the goons hired by Nandini. Meanwhile, Mithra, Vanaja and Akhilandeshwari submit Mithra’s documents to enrol her as the candidate for the upcoming elections. Adithya finds some clues that lead him to evidence against Nandini.

In the upcoming episode, Adithya gets a letter from Ashok written by Deepak, which has a couple of addresses. He will now have to go to the addresses to gather evidence against Nandini and Mithra. He tells Arun on the call that he will go to the addresses to gather the evidence before dropping Parvathy to submit the enrolment forms. Will he reach on time with Parvathy? Will he find the evidence or will it end in a never-ending chase? To know more, watch Sembaruthi on ZEE5 tonight.

Those who missed the last couple of episodes, here’s what you need to know. Adithya and Parvathy fall in love with each other despite Akhilandeshwari’s attempts to keep them apart. They even get married to each other secretly but also plan to reveal the truth to Akhila soon after exposing her enemies whom she currently thinks of as friends like Vanaja and Mithra.