Parvathy explains her dilemma and fears she might end up inviting trouble by performing the Puja. 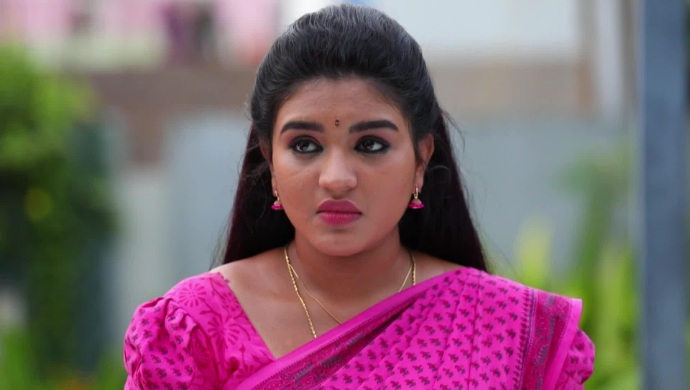 Will Mithra get Akhilandeshwari’s consent to perform the puja meant for her ancestors? Will she be allowed to add the prefix Adhikadavur to her name? To know what happens hereafter, watch today’s episode of Sembaruthi. But here’s a small hint about what you can expect from the episode tonight. Parvathy is in a dilemma because she has been asked by Adithya to perform the ancestral puja so that she can get accepted as a member of the Adhikadavur lineage.

Akhilandeshwari explains the rituals in detail to Mithra and tells her that it will be a difficult task to perform. She says that it’s a three-day long puja and the person performing it should observe a fast. She says that the materials used by the ancestors must be worshipped wholeheartedly. Mithra knows that it is not her cup of tea but Vanaja insists she must do it to ruin Purushothaman’s plan.

However, Adithya is not happy about Mithra getting a chance to perform the puja because Parvathy must ideally be performing it. So he asks Parvathy to do the puja to win the blessings of his ancestors. Parvathy wonders where and how she will be able to perform the noble task. Moreover, she fears the consequences. So she visits Thatha in the temple to seek his blessings.

At the temple, when she meets Thatha, he gets to know that she is troubled by something. So he asks her to share her concerns. Parvathy explains her dilemma and fears she might end up inviting trouble by performing the puja.

What do you think Parvathy will do? Watch this space to find out!