Sundharam admonishes Parvathy for having stood near Adithya on the stage. He later asks her to stay away from Adithya. 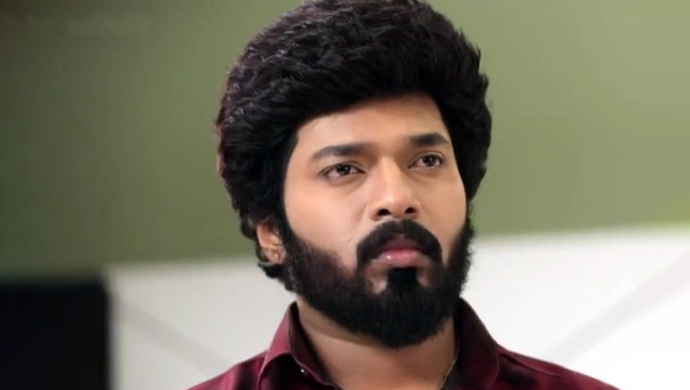 In the last episode of Sembaruthi, Adithya tries to show his concern about Parvathy’s well being, Sundaram does not like it and he throws a taunt at Adithya, which hurts him. Later, Mithra who is worried receives a call from the blackmailer. He threatens her with a piece of evidence against her and Vanaja and he says that he will expose it to Akhilandeshwari. When Mithra is afraid of this, he makes her inflict pain on herself just to prove his point and show his dominance over her. Finally, after listening to Mithra, Vanaja feels that somehow Adithya is involved with the issue of the blackmailer. And they both decide to make an attempt to find the truth about him.

In today’s episode, we see that Sundharam scolds Parvathy for having stood near Adithya on the stage. He later asks her to stay away from Adithya. This hurts Parvathy but she keeps mum. Meanwhile, Adithya is worried about Parvathy’s well-being and keeps lamenting about the incident at the party. After thinking a lot he walks to Akhilandeshwari’s room to speak to her about Parvathy but his father stops him.

Later, Adithya narrates to him about the incident at the Parvathy. Purushothaman is worried to hear about this but he asks Adithya not to wake up his mother in the night. The next day Adithya asks Arun and Shyam to take Sundharam along with them so that he can go and meet Parvathy. So, he very cleverly avoids Uma and goes out of the house in his car. And later slyly parks the car and walks into Parvathy’s house.

There with the help of Ganeshan, he prepares tea for Parvathy, without her knowledge and he makes Ganeshan ask some funny question to Parvathy. Without knowing that it is Adithya who is actually asking these questions she answers them.

Finally, when Parvathy sees Adithya in the house she is shocked. But she soon comes out of it and they both share a romantic moment, where Adithya also places the Metti on her toe, which she had lost while she was drugged by Vanaja.

So, what do you think will happen? Will Sundharam walk in and find about Adithya and Parvathy?

Also, did you know that ZEE5 has an entire section dedicated to English Animated movies?