Parvathy is in a critical condition. Find out what happened to her. 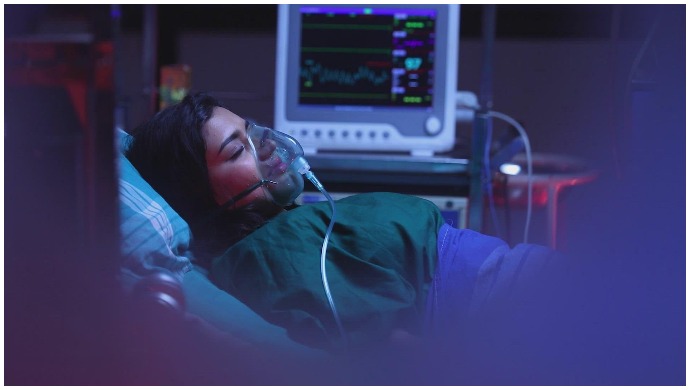 In the previous episode Sembaruthi, we see Akhilandeshwari giving her son Aditya a choice, where he has to either choose his mother or wife Parvathy. In response to this, Adi tells his mother that if he chooses her over his wife then it will only question his upbringing and he would not allow that to happen. Akhilandeshwari, who could not manipulate his son to choose her over his wife, declares that she wants to break all ties with her son and locks herself in a room. The family gets panicked over this and requests her to open the door. On the other hand, Akhilandeshwari decides to take her own life as her favourite son has let her down. But before she could fire a bullet into her head, her son breaks open the window and saves his mother. Meanwhile, Parvathy, who feels guilty and holds herself responsible for this, stresses over the situation and loses consciousness. Karthik and others immediately rush Parvathy to the hospital.

In tonight’s episode, Parvathy faints and is immediately rushed to the hospital. While Adi, her father, brother and everyone is worried about Parvathy, Akilandeshwari seems to be in a puzzled state. She is silent, while Vanaja, who spots Akhila in a confused state, wonders what she may be thinking. Meanwhile, Akhilandeshwari recalls the conversation that she had with Parvathy the other night, where she asked the latter about the girl her son likes. But when she saw Parvathy panicking, she told her that she will kill herself if the wedding is called off once again. She further told Parvathy that her son likes none other than her and precisely why she was having this conversation with her. Meanwhile, Parvathy’s condition gets critical.

Does Akhilandeshwari Secretly Know About Adithya And Parvathy’s Marriage?