Purushotaman takes Adithya aside and says that this accident could prove as a turning point for Adithya and Parvathy's relationship. 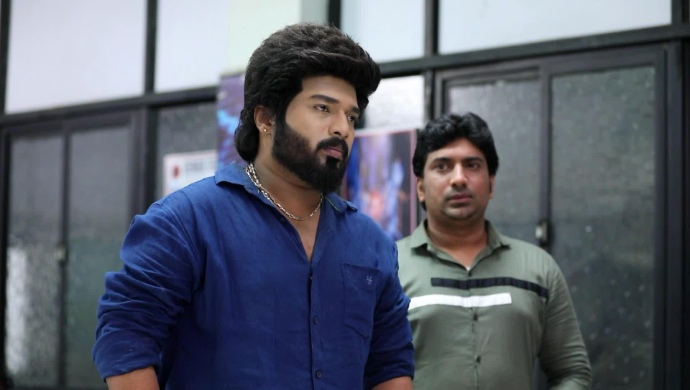 In the last episode of Sembaruthi, Vanaja and the others understand how the astrologer had predicted the truth. She further tries to understand the aspect of marriage between Adithya and Parvathy. When Vanaja asks the astrologer to predict something for her, the astrologer writes something on a note and hands it over to her and says that she should open the note after two weeks. Later, Adithya receives a call from Purushotaman and he rushes to the hospital with Shyam. We see that Parvathy is lying on the bed with an oxygen tube and ECG monitor attached to her body. It seems that she is in danger.

In today’s episode, we see that Adithya rushes into the hospital. Here, Akhilandeshwari explains to him about how Parvathy saved her from a car accident. Adithya is shocked to hear this and he expresses his doubts about the car accident. Meanwhile, the doctor comes in saying that Parvathy has suffered a huge blood loss and she needs blood immediately and that her blood group is rare.

Akhilandeshwari steps in at this moment and says that she has the same blood group as Parvathy and she is ready to donate her blood. Vanaja who was listening to this asks her not to donate blood to Parvathy. For this Akhilandeshwari scolds her.

In the meantime, Purushotaman takes Adithya aside and gives him moral support and says that Akhilandeshwari likes Parvathy and this accident could prove as a turning point for Adithya and Parvathy’s relationship. As this might give a chance for Parvathy to further get into the good books of Akhilandeshwari. On the other hand, Nandhini is upset because her plan to kill Akhilandeshwari failed. Vanaja also expresses her growing closeness between Akhilandeshwari and Parvathy.

Later, when Adithya goes inside the room to meet Parvathy, she tells him about the accident that happened to her. She says with conviction that it was Nandhini who caused the accident. She further asks him to not let Nandhini escape after doing such a heinous act and she asks him to punish Nandhini. This is followed by Adithya getting up and walking away in anger.

Finally, we see that Adithya goes to confront Nandhini. But here when he tries to make her pay for her actions, he has to fight with her goons. Once Adithya heroically bashes up all of them he searches for her but Nandhini is nowhere to be seen and he feels frustrated about it.

Did you check out the section of Tamil movies on ZEE5? If not then what are you waiting for? Go ahead and check it out!

Priya Raman As Akhilandeshwari In Sembaruthi Is An Inspiration To Many, Here’s Why