Arun clicks a pic of Adithya and Parvathy's marriage certificate. He wishes to send it to his brother to cheer him up. 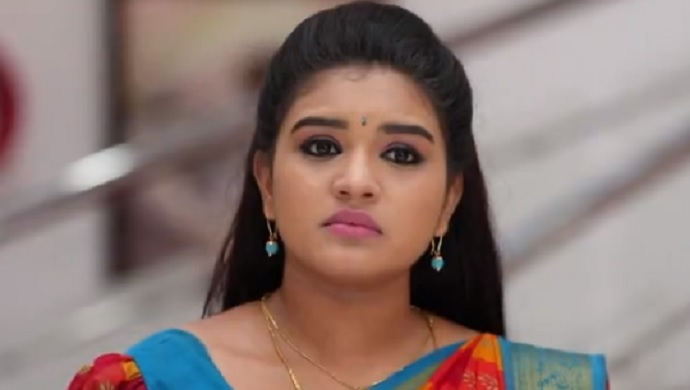 In today’s episode of Sembaruthi, Arun ends up committing a blunder. Though his intentions were good, he unknowingly makes Parvathy worry. Here’s what happened in the episode tonight. The episode opens with a manager in Adithya’s office calling Akhilandeshwari on the phone to inform her about the clients who have visited to attend a meeting. Akhilandeshwari tells him that Adithya has flown to London for an important work and hence he wouldn’t be able to attend it.

However, the manager says that the meeting can’t be called off because it was specifically organised by Adithya to make important decisions. After knowing about it, Akhilandeshwari agrees to attend the meeting on Adithya’s behalf. The manager also asks her to get the files that are with Arun and she agrees. Meanwhile, Arun clicks a pic of Adithya and Parvathy’s marriage certificate. He wishes to send it to his brother to cheer him up. When he sits with the certificate on the bed, Akhilandeshwari visits his room and her sudden emergence scares him. He unknowingly drops all the files and the certificate on the floor after seeing her. Akhilandeshwari helps him pick up those files, and in a hurry, he puts it inside a pink file. Later, when she asks him to give the file that the manager had asked for, he gives her a black file.

Amul Baby Aka Karthik Prabhu Of Sathya Is A Fitness Freak, Here’s Proof

Later, he meets Parvathy to show her the pic of the certificate, and during the conversation, he tells her how he dropped the files. Parvathy senses trouble and they rush to his room to keep the certificate safely but he doesn’t find the pink file. Aishwarya, who sees Arun and Parvathy worried, wishes to know what went wrong. She scolds Arun for being irresponsible. However, later, Pattamma reveals that Akhilandeshwari has taken the file. Arun assures Parvathy that he would get the certificate before his mother sees it. But will Arun be able to take it out from the file? Keep watching Sembaruthi, and for more entertainment, check out Nachiyarpuram, a show starring real-life couple Dinesh and Rachitha, on ZEE5.