After learning about Parvathy's real intentions, Akhilandeshwari blesses her by keeping her hand on her head. Akhila's gesture makes Parvathy happy. 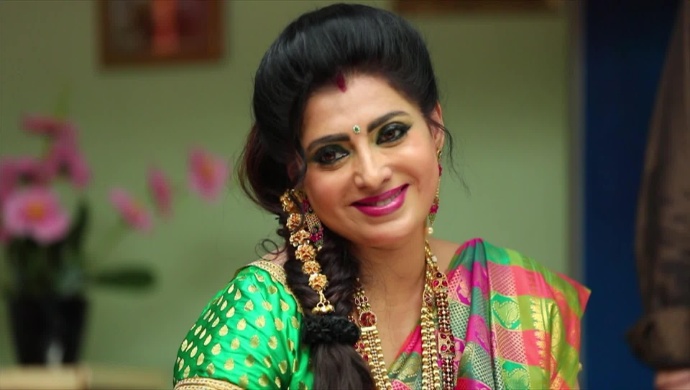 In today’s episode, when Adithya hands over the company’s documents to Aishwarya, she tears it into pieces. She says that she isn’t tearing the papers alone but also her desire to see Arun becoming the MD of the company. She says she has now realised how attached the two brothers are to each other. And hence, she no longer wants to be the cause of pain to the family.

After learning about Parvathy’s real intentions, Akhilandeshwari blesses her by keeping her hand on her head. Akhilandeshwari’s gesture makes Parvathy happy. In the end, Adithya appreciates his wife for performing the duties of the elder daughter-in-law of the house.

Meanwhile, Vanaja fumes with anger after realising that all her plans have failed. When Vanaja curses Akhila and her sons, Nandhini calls her on the phone. Nandhini reveals that she had instigated Aishwarya and suggested that she must claim Arun’s share in the business. But Vanaja says that her plan has failed. Vanaja reveals that it is Parvathy who is responsible for ruining their plan. And after learning about it, Nandhini decides to avenge her.

Later in the day, Akhilandeshwari wonders how Parvathy could know about Adithya’s decision. To erase her doubts, Purushothaman tells her that Parvathy knows everyone in the house equally well, including her. Akhilandeshwari tells Purushothaman that she was worried about the division of the property, but everything got sorted all of a sudden. She tries to connect the dots to see the complete picture and wonders how her ancestors accepted Parvathy’s prayers. And when she says so, Purushothaman spontaneously tells that her prayers got answered because she is a member of the family. After realising that he has had a slip of the tongue, he covers up by saying that Akhila always treats Parvathy as family.

A while later, Adithya calls Parvathy on the phone and asks her to tell her what’s on his mind? The two have a romantic conversation, and in the end, he asks her to visit the office with the lunch box. Keep watching Sembaruthi and for more entertainment, watch Sathya, on ZEE5.

Shivani Narayanan Of Rettai Roja Has The Cutest Valentine, Check Out Her Pic