Adithya goes to meet Parvathy and he informs her about the operation. She loses her calm when she hears the word operation. 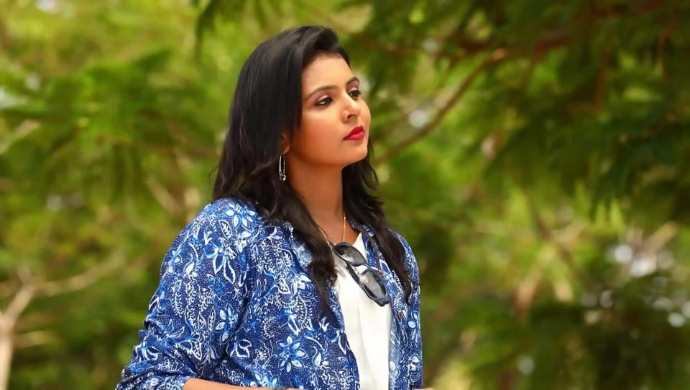 In the last episode of Sembaruthi,  we saw that Akhilandeshwari explains to Adithya and others about how Parvathy saved her from a car accident. Adithya is shocked to hear this and he expresses his doubts about the car accident. Later, Akhilandeshwari steps in and saves Parvathy’s life by donating her blood, as she has the same blood group as Parvathy. Finally, when Adithya goes inside the room to meet Parvathy, she tells him about the accident that happened to her. She says with conviction that it was Nandhini who caused the accident. She further asks him to not let Nandhini escape after such a heinous act and she asks him to punish Nandhini.

In today’s episode, we see that Adithya in his anger against Nandhini goes to Mithra’s room and slaps her. When she asks him about it he says that it is because of Nandhini’s behaviour she got slapped. Later, he goes to the hospital and asks about Parvathy’s condition. The doctor says that Parvathy needs to undergo an operation so that she can walk properly. Adithya asks the doctor to go ahead and do the operation as soon as possible.

After speaking to the doctor, Adithya goes to meet Parvathy and he informs her about the operation. She loses her calm when she hears the word operation. Adithya tries to console her by saying that he will somehow be with her in the operation theatre. It is at this moment Sundharam walks in and he listens to a part of Adithya’s conversation. She tries to warn him by her sight that her father is standing behind him. Realising the situation, Adithya quickly changes the topic and walks out.

Adithya then informs Akhilandeshwari about Parvathy’s operation. Vanaja who listens to this conversation is not happy about the progress of events. In her anger, she calls Nandhini and informs her about it. Nandhini asks her about the details of the operation and she informs Vanaja about her plan to kill Parvathy. Later, Nandhini calls up her associate to check on the details of the anesthesiologist who is working in the hospital where Parvathy is going to be operated.

Nandhini then goes to meet the anesthesiologist who is going to administer anaesthesia to Parvathy during the operation. She asks the anesthesiologist to administer the wrong dosage of the medicine so that Parvathy either slips into a coma state or dies during the operation. Although the doctor initially declines this proposal but agrees to her scheme.

Finally, we see that Aishwarya comes to meet Parvathy at the hospital and she has got food for Parvathy. Later, Aishwarya feeds Parvathy with her own hands.

So, what do you think will happen? Will Parvathy escape from Nandhini’s evil plan?